twst drops “Sad Girls Club But U Gotta Be Cute” 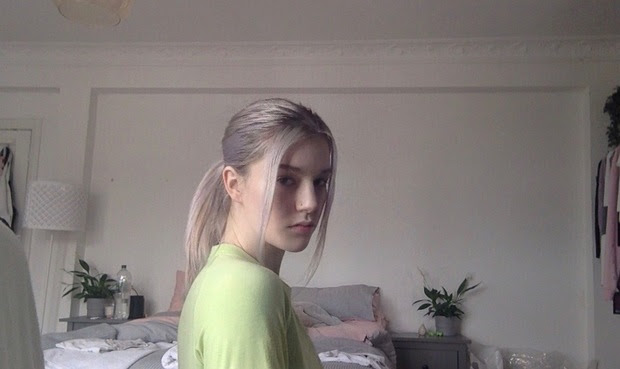 twst, the project of Welsh songwriter, vocalist and producer Chloé Davis, has shared a new self produced track and music video “Sad Girls Club But U Gotta Be Cute.” From twst: “Sad girls started off as a kinda sad boy parody and I was really intrigued by the whole concept of performative sadness online and the phenomenon of sadness as an aesthetic.” “It has a sense of self-awareness and irony though, so it’s kinda taking back the narrative. A lot of music has been straight white guys fetishizing sad girls. So it’s as much as me taking the piss and being ironic as it is me being honest and well…sad.”

Born and raised in Barry, Wales, twst, grew up working in her father’s chicken factory. After leaving home at 14, she left formal education and became something of a recluse; relocating to a recording studio in the South Wales Valleys where she began teaching herself about production, pop culture and the world in the rural countryside. Now based in London, twst writes, produces and directs all of her music and videos, mostly within the four walls of her bedroom, regularly working with friends from the close knit community she has immersed herself in since moving to the city.

“Sad Girls Club But U Gotta Be Cute” is the third song to come from the London artist whose first two songs, “Always,” and the aforementioned “Girl on Your TV” were both recorded and produced with her friend Danio Forni in her bedroom and mixed by Rob Kinelski (Billie Eilish, King Princess, Alice Merton).