On Big Ups’ third LP ‘Two Parts Together’, the Brooklynites explore a disparate duality, frequently flitting from calm and chaos across the album’s 8 tracks. Sonically, there are times where the NYC outfit’s new release aches with a withdrawn, ambient shimmer; where vocalist Joe Galarraga’s voice is a distant whisper accompanied by barely-there shards of guitar and fragmented drum patterns. These moments of stillness are then decimated by an explosion of frazzled punk rock but this time, where the four piece would attack with a post-hardcore bite, their sound finds a middle ground between punk’s acerbic assault and shoegaze’s more expansive climes. This means the volume levels are maintained but the rougher edges of past releases have been slightly smoothed over. Thematically Big Ups delve into the human condition, as if they’re observing their fellow man from a far – noting down rituals, interactions and what makes us tick.

From the off, fuelled by the album’s eponymous title track ‘Two Parts Together’ puts its yin and yang flag firmly in the ground. Commencing with the sound of frazzled guitars before collapsing into a void of nothingness. it’s evident that Big Ups have pushed themselves into the deep furrows of quiet and loud dynamic shifts. Galarraga can be heard murmuring about “holding someone’s hand in a ritual” in a pocket of tranquillity before the bedlam sweeps him up as he shouts, “I just wanted to know it would feel” like a person that’s never experienced human contact before. The poles of near-silence and forays into bursts of feral noise are far apart on the album’s title track, whereas via ‘In The Shade’ the two sides of the band’s third album are brought closer together, adding an erratic, jerky pendulum swing. ‘PPP’ opts for a direct gut-punch with rapid handclaps and urgent drums igniting a gruff yowl from Galarraga and a barrage of scuzzy riffs; this is the moment where Big Ups’ penchant for all things hardcore takes over. The band’s frontman can be heard barking “remove yourself from the equation/it exists whether you do or not” as if to question our own importance on earth. ‘Fear’ takes a more global view, tapping into the widespread dread of modern life and the anxiety of having to wade through fake news and continued socio-political unrest “which version of the world is the one that’s worth believing”. ‘Tell Them’ opts for something more combative, as a bassline rumbles amongst cyclical guitar motifs and low-key danceable drums – you can hear Galarraga muse “my brain/it sits inside its cage” like a man imprisoned by his own thoughts and fears. The socially conscious thread continues when the track reaches its rage imbued finale with a punk riot framing the growled “tell them what you saw/tell them who they were/tell them what you heard” as if to beg people to speak up about tyrannical behaviour.

With ‘Two Parts Together’ Big Ups have crafted a record that exposes a relatable, human feeling of uncertainty but in doing so it projects a togetherness, as if to say, ‘you’re not alone in this’ or as Galarraga hollers on closing opus ‘Imaginary Dog Walker’ “we all want the same thing/and that is to thrive”. 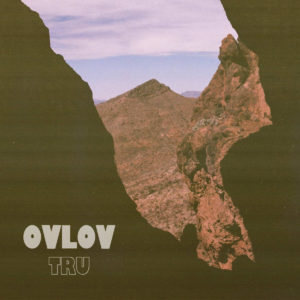 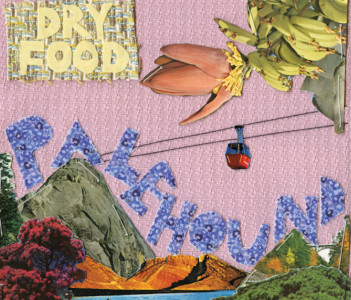