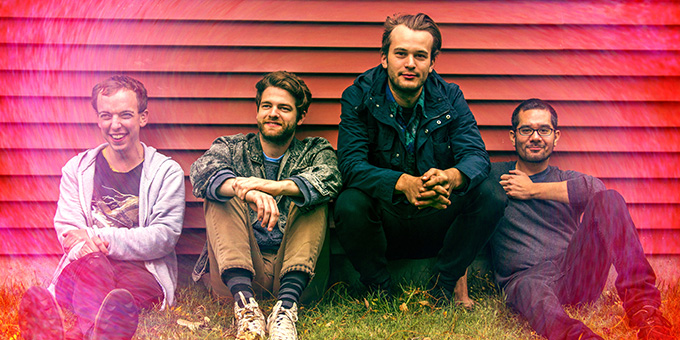 Omaha, NE’s Twinsmith have announced, they will release their sophomore album Alligator Years on May 5th, 2015 via Saddle Creek – their first full-length for the label.

Alligator Years expands upon the charming surfy haze of Twinsmith’s 2013 eponymous album and “Honestly” single, with the band pushing themselves musically while moving toward a different sound. Each track is imbued with an individual voice and style, and ranges from propulsive, melodic rock (“Seventeen”) to buoyantly playful pop (“Alligator Years”) from soaring, sing-along retro pop (“Is It Me”) to sumptuous, evocative new wave (“Constant Love”); from shimmery, summery pop (“Said and Done”, “Haunts”) to moody, slowburning ballads (“Dust”, “Carry On”). There’s a youthful sense of longing and exploration that permeates the album, which reflects on the highs and lows, advantages and disadvantages, hopes and fears of 20-something life.

Written throughout 2014, Alligator Years was recorded in Omaha, NE and Des Moines, IA, with the production team of The Envy Corps’ Luke Pettipoole and Brandon Darner, who’s also worked with Imagine Dragons, as well as Micah Natera.

Twinsmith – who have shared stages with artists including Mac DeMarco, Reptar, Metronomy, and Bishop Allen – will head out on the road in advance of Alligator Years, beginning February 17th with a weeklong run of west coast shows in support of Cursive. The band will then embark on an east coast/midwest headlining tour on March 2nd in Chicago, IL that will run through March 17th in Denton, TX. Twinsmith is also confirmed for this year’s SXSW festival in Austin, TX in March. A current itinerary is below.