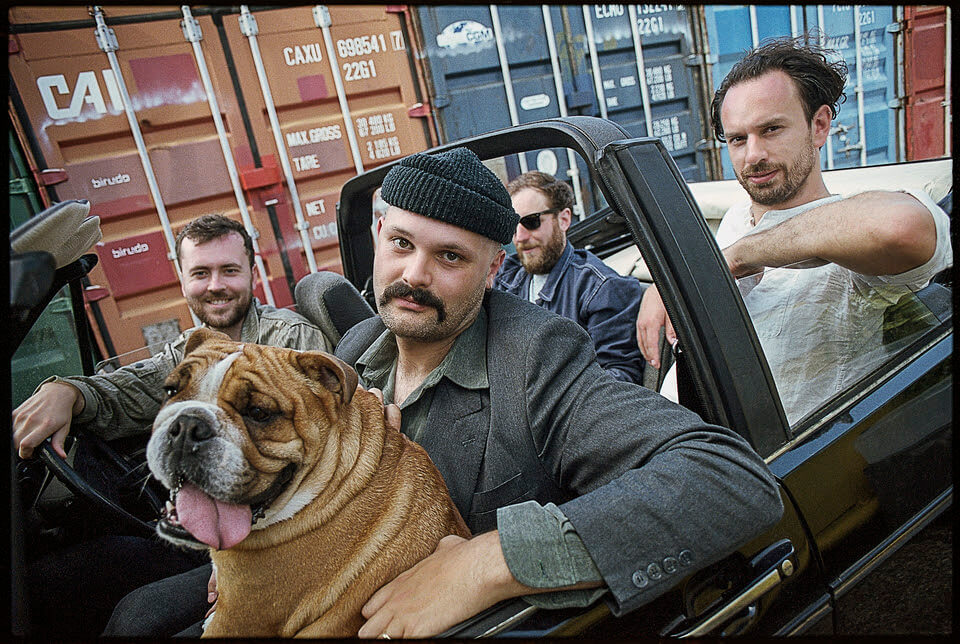 TV Priest, who recently signed to Sub Pop Records, have shared the single “Decoration.” The track is off their forthcoming release Uppers, out February 5, 2021.

The label became fans of TV Priest’s politically urgent, mechanical, subtly humorous (and self-deprecating) post-punk following the release of their standalone singles “House of York” and “Runner Up” as well as the Uppers early preview tracks “This Island” and “Slideshow” (Uppers was originally set to be released through UK label Hand in Hive this fall, but will now be available worldwide in February through Sub Pop).

Four childhood friends who made music together as teenagers before drifting apart and then, somewhat inevitably, back together late in 2019, TV Priest was born out of a need to create together once again, and brings with it a wealth of experience and exhaustion picked up in the band’s years of pursuing “real life” and “real jobs,” something those teenagers never had.

In November 2019, the band – vocalist Charlie Drinkwater, guitarist Alex Sprogis, bass and keys player Nic Bueth, and drummer Ed Kelland – played their first show, to a smattering of friends in what they describe as an “industrial freezer” in the warehouse district of Hackney Wick. “It was like the pub in Peep Show with a washing machine just in the middle…” Charlie laughs, remembering how they dodged Star Wars memorabilia and deep fat fryers while making their first statement as a band.

“Press Gang” is inspired by Charlie’s grandfather’s life’s work as a photojournalist and war correspondent on the UK’s Fleet Street from the 1950s to the early 1980s. The song is about the shifting role in the dissemination of information and ideas, and how the prevailing narrative that the “Death of Print Media” has contributed to a “post truth” world.

Album closer “Saintless” is the most personal and raw moment on Uppers. Charlie wrote a note to his son after his birth, following a difficult period his wife had faced during and after the pregnancy. The song is about how as parents we’re fallible and human, and while the world can be a difficult place at times the one thing that gets you through is giving your love to those that need and appreciate it. “Saintless” rides a motorik beat, with guitars, bass and synths building layers of intensity and emotion that replicate and swell with the message of the track.