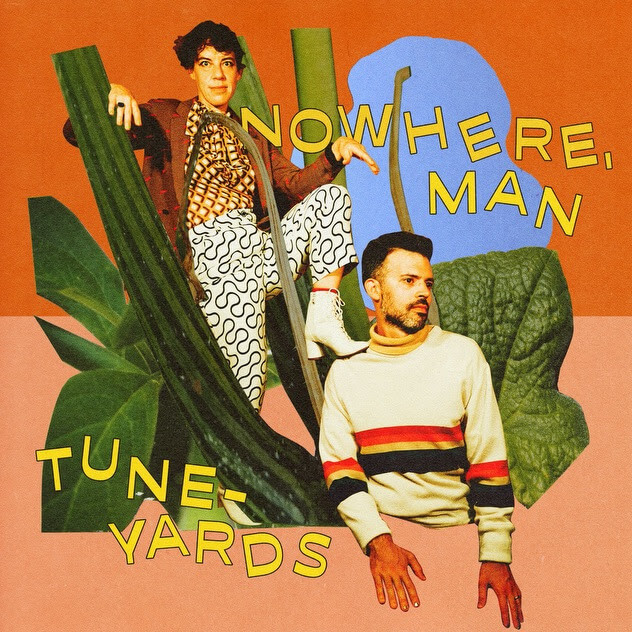 Tune-Yards have shared their new song/video “nowhere, man”. The clip features Chaplin-esque footage shot in Merrill Garbus and Nate Brenner’s garage during quarantine and brings them to life alongside stop motion animation by Japhy Riddle and Callie Day. The song title references the Beatles song, and is a referendum on how far society has or has not come based on whose stories are told, celebrated and elevated.

“The song and the video for “nowhere, man” were created under conditions of feeling squeezed and pushed to the brink — relatively, of course. I wanted to ask, ‘How loudly do I have to shout and sing before I’m heard?’ And the video asks, too, ‘What am I not hearing?’ We hope the music brings energy and a strong wind of encouragement to those who are shouting and singing loudly for justice right now.”

“nowhere, man” follows the release of Tune-Yards’ 2018 fourth album i can feel you creep into my private life. The duo performed songs from the album that explored Garbus’ place in the world, ruminating on race, politics, intersectional feminism and the environment on Jimmy Kimmel Live! and Conan. That same year, Tune-Yards scored Boots Riley’s film Sorry To Bother You and released a collaborative song “Mango” with actor Lakeith Stanfield’s musical project Moors.