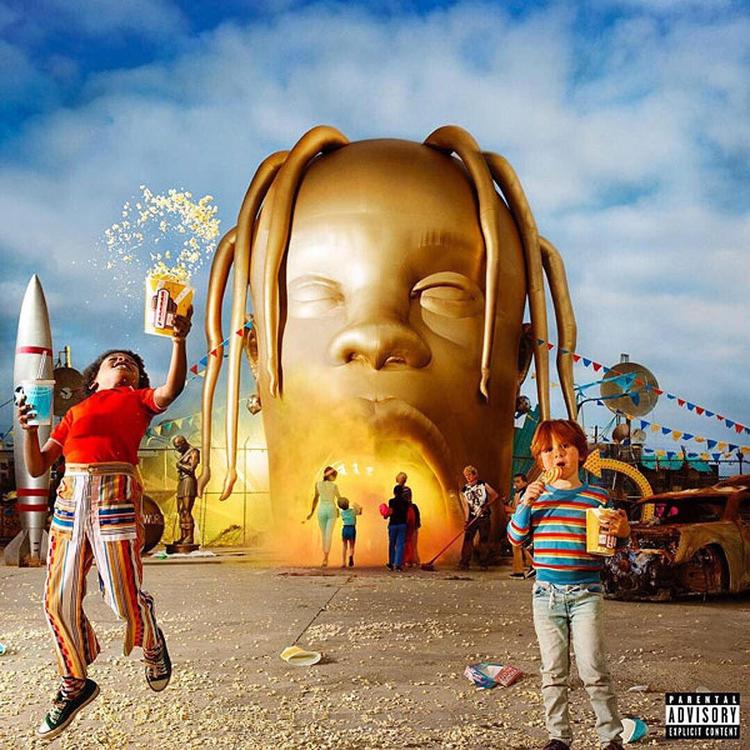 Travis Scott has risen so quickly in the world of hip hop that many may still be dismissing what he brings to the table. On his new record, Scott goes above and beyond in finding new sounds for the genre, using collaborations interestingly and pushing the limits. The passion and sense of exploring is definitely there, but the album is also uneven and bloated track-wise. As it suffers from the same lack of editing down tracks that has plagued hip hop recently, a top caliber release from Scott is definitely dragged down by the extra songs here.

Through a backing track that one might have expected more from Migos, “Stargazing” finds Scott using his auto-tune as a psychedelic tool to elevate his galactic hip hop into something truly enveloping and powerful. Even the song’s second-half ramps things up into an aggressive mood. All the trippy production of “Carousel” opens things up to the collaborative vocals and lets demented vocal-warping provide its own kind of harmonies. At Scott’s most abrasive, “Sicko Mode” is definitely one of his most abrasive tracks of the album, which makes it so strange when it devolves into generic but still ecstatic b-sections.

There’s a tender sadness to “R.I.P. Screw” as Scott and his collaborators lament, and leave the sound sparse for a much more intriguing track than he has offered us in years. Scott also lets melody rule his writing for once on “Stop Trying to Be God” for one of the album’s standouts, espeically with all the crisp humming hooks. While there’s a fun and party atmosphere to all the vocalists on “No Bystanders” it’s hard to feel like it doesn’t exactly offer anything new to the conversation. However with already mesmerizing production on “Skeletons” to make it stand out from the outset, all the vocals from Pharrell and The Weeknd only enhance the work that Tame Impala’s Kevin Parker offered the track.

Strangely enough, despite its funky acoustic base, “Wake Up” only really feels gripping when it strips things down or goes over-the-top, leaving much of its middle verses feeling rather dull by comparison. Similarly it’s the grimy piano hook of “5% Tint” and its dreamy vocal breaks that work best, as much of the track feels extended through generic beats. Taking notes from Goblin and menacing hooks, “NC-17” alternatively lets its familiar backing track open the way for some truly out there writing for Scott and 21 Savage. “Astrothunder” itself starts to really play around with effects, as Scott loosens up in the relaxing grooves to let synths and bass shine here more than ever.

Elsewhere on the album “Can’t Say” and songs like “Yosemite” are constantly at odds with there many genre tropes and really fresh ideas for hip hop that burn out about as quickly as they appear. And tracks like “Butterfly Effect” and “Who? What!” feel like the stepping stones to the more experimental writing of the record, only left on the record to hold onto fans who would otherwise be put off.

As things close out with glossy tracks like “Houstonfornication” however you can really hear why Travis Scott is one of the hottest artists in hip hop, as he seamlessly blends creepy production with catchy and accessible writing. Most shocking is all the R&B influence over “Coffee Bean” which ends things on of Travis’s most tempered and soulful tracks to date. 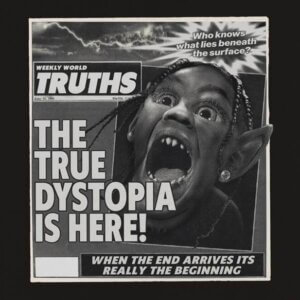