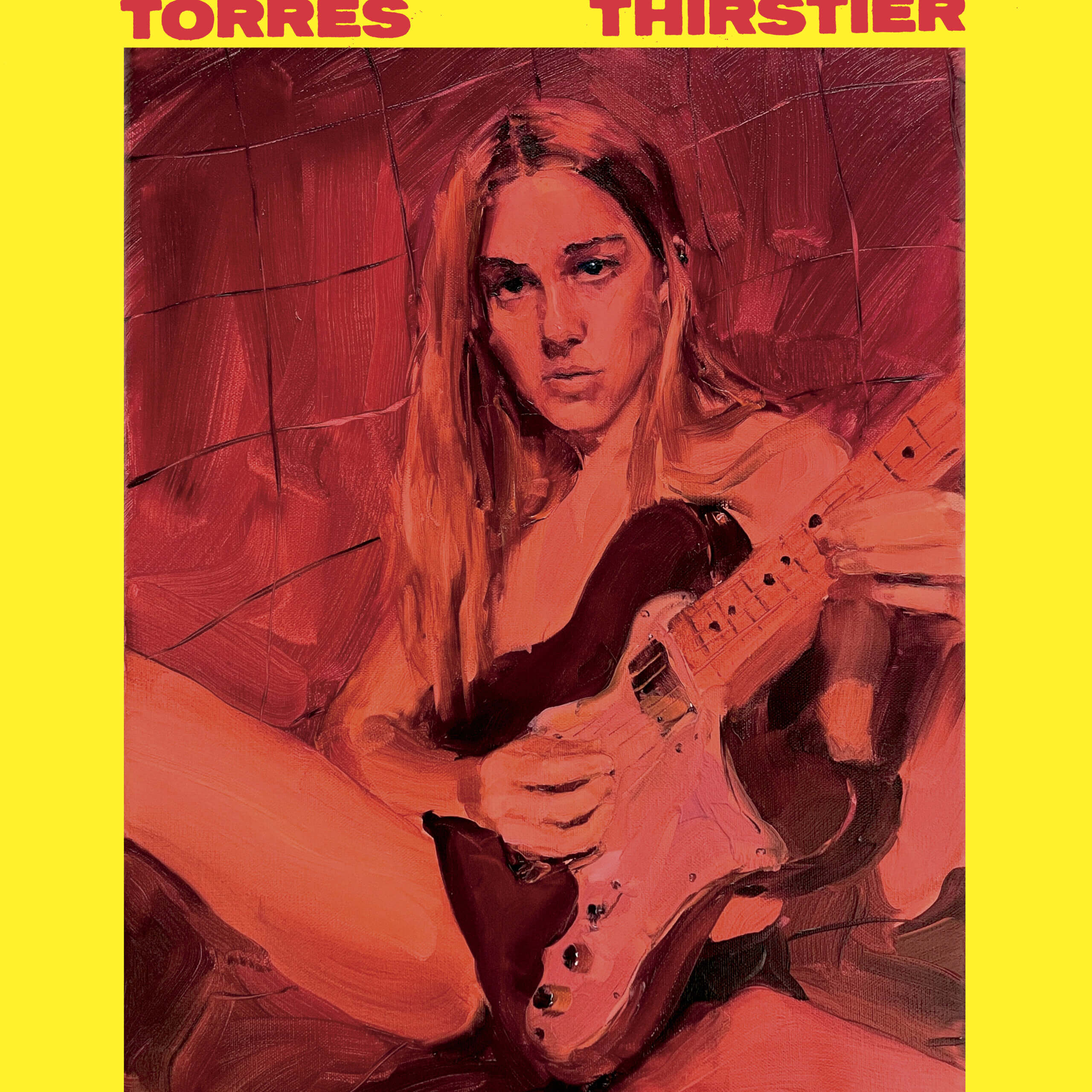 It’s no wonder that people have sought some form of escapism given the state of the world over the last 18 or so months. You don’t need me to list out all the shit that’s gone down do you? TORRES aka Mackenzie Scott, not unlike the rest of us, chose to burrow into the corners of her imagination with her fifth LP ‘Thirstier’, the quick fire follow-up to last year’s ‘Silver Tongue’, as a way to counteract 2020 and 2021’s creeping dread. The Brooklyn-based musician opted to delve into the realms of limitless fantasy “we’re always fantasizing about something that’s out of reach. That’s what a fantasy is. It’s something you can’t have. But I wanted to turn that idea around and ask ‘what if your fantasy was the thing that you have, this endless loop of fantasy’. It’s a way to be in this fantastical, magical realm forever. I want to make that space for myself. I want to create a reality
where my day-to-day is actually my fantasy. That’s what I want more than anything.” I think we can all relate, right?

With fantasy being the main driver, TORRES also wanted to encapsulate another factor in to her latest offering “I wanted to channel my intensity into something that felt positive and constructive, as opposed to being intense in a destructive or eviscerating way. I love the idea that intensity can actually be something life-saving or something joyous.” The modus operandi of joy and fantasy is evoked by the sonic freedom our protagonist pursues on ‘Thirstier’. Via forays into gnarled grunge-rock, with smatterings of dreamy shoegaze and the occasional electronic flourish, it would appear TORRES’ land of make-believe is a boundary-less musical landscape that’s only limited by her imagination. Lyrically ‘Thirstier’ is open to interpretation, with themes centring on companionship, love (not always romantic, sometimes platonic) and a clenched fisted defiance.

The album’s eponymous moment is a perfect showcase for the record; with a song that traverses sedate drum-machine beats and glassy acoustic strums, which soon expand to a huge wall of sound and its here where TORRES’ conveys a desire to embrace joy in her newest body of work. This voyage through quiet and loud dynamics expresses the themes of a twisted love song “as long as I’m around/I’ll be looking for a nerve to hit/the more of you I drink/the thirstier I get”. Fantasy and intensity collide via the distorted drums and electronics of ‘Drive Me’, with a track that takes on a slightly darker tone, that’s occasionally flooded with pockets of light. “I can see you’ve got needs/so lover introduce me” purrs Mackenzie with a seductive playfulness. A retro-futurism pulses at the start of ‘Don’t Go Puttin Wishes in My Head’, which is where the album swings from ethereal pop to more traditional indie-rock.

TORRES’ vocals are impassioned and guitars squall towards the song’s finale as our figurehead confidently declares “for a while I was sinking but from here on out I swear I’m swimming”. With a title like ‘Constant Tomorrowland’ you can’t help but get wrapped up in a whirl of escapism. There’s a mystical element that’s buoyed by TORRES’ breathy, ethereal tones and a stuttering, tribal-esque rhythm, while reassurance and a supportive bent flow through the track’s lyrics “I’m ready/I see it/we’re gonna take flight/if you need to lean onto me I swear it’s alright.” ‘Kiss The Corners’ takes ‘Constant Tomorrowland’s awkward bounce and runs with it – imagine LCD Soundsystem collaborating with Bat for Lashes and you’re some of the way there. With a forlorn disco strut, the singer is in a reflective mood as she muses “oh how I once missed those corners I once kissed”. ‘Thirstier’ comes to a close via ‘Keep The Devil Out’s dark, erratic pendulum swing from anxious quiet to explosive, dishevelled noise. Like a battle between good and evil, the push and pull between quiet uneasy and coarse eruptions of sound capture TORRES and ‘Thirstier’ at its most dynamic. Through all the discordance, there’s still the unrelenting quest for something fulfilling “make ourselves a new world order/I’ve got all the hope I need to keep the devil out of here” declares Mackenzie with an unwavering confidence.

Drink it in, ‘Thirstier’ is a bottomless glass of water that keeps beckoning you back for one more gulp, over and over again.