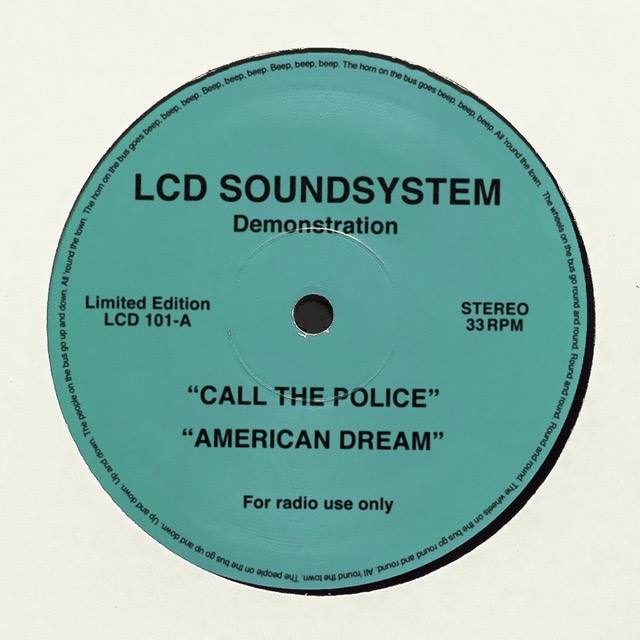 Finally giving us the first taste of new music since announcing a new album more than a year ago, James Murphy and friends have finally passed along the first couple tracks from the new record.

Titled “American Dream” and “Call The Police” respectively, Murphy said in a long statement that this was in fact a double A-side of songs that will be coming on the LP. According to Murphy there is a lot of new material and they are still sorting out what will make the record at this time, but it will be more than usual. He has also stated that while this will not be getting any vinyl single release together (outside of the radio editions sent out to broadcast media) that part of the remaining wait for the full release is to ensure that it will come out on vinyl upon its release. It was also mentioned that these will the songs they’ll play on Saturday Night Live for their May 6, 2017 performance, counting out the recently live revealed tracks “Haircut” and “Tonight” out for now.

“Call The Police” is a shipbuilding, anthemic dance track, infusing a lot more rock than they usually go for with some cheeky political commentary, while “American Dream” is a melodically charged downbeat track recalling Arcade Fire’s Reflektor (whose lead single was produced by Murphy) with a lot of retro-sounding synths. This is the first new material from the band since “Christmas Will Break Your Heart” released over a year ago as part of their return. According to Murphy the record has “1 more vocal and two more mixes to go,” but due to this and the aforementioned wait on vinyl production there is no release date at this time.

As for their upcoming live shows, Murphy went on to say that outside of the live festival dates announced they are currently working on preparing dates to avoid scalper bots, as the band dealt with waves of these for their Brooklyn Steel series, and want to give fans, and themselves the best experience on this front. Murphy also noted while they are aiming for more mid-size venues rather than more Madison Square Garden-style shows it isn’t out of the question.

Catch “Call The Police” below: