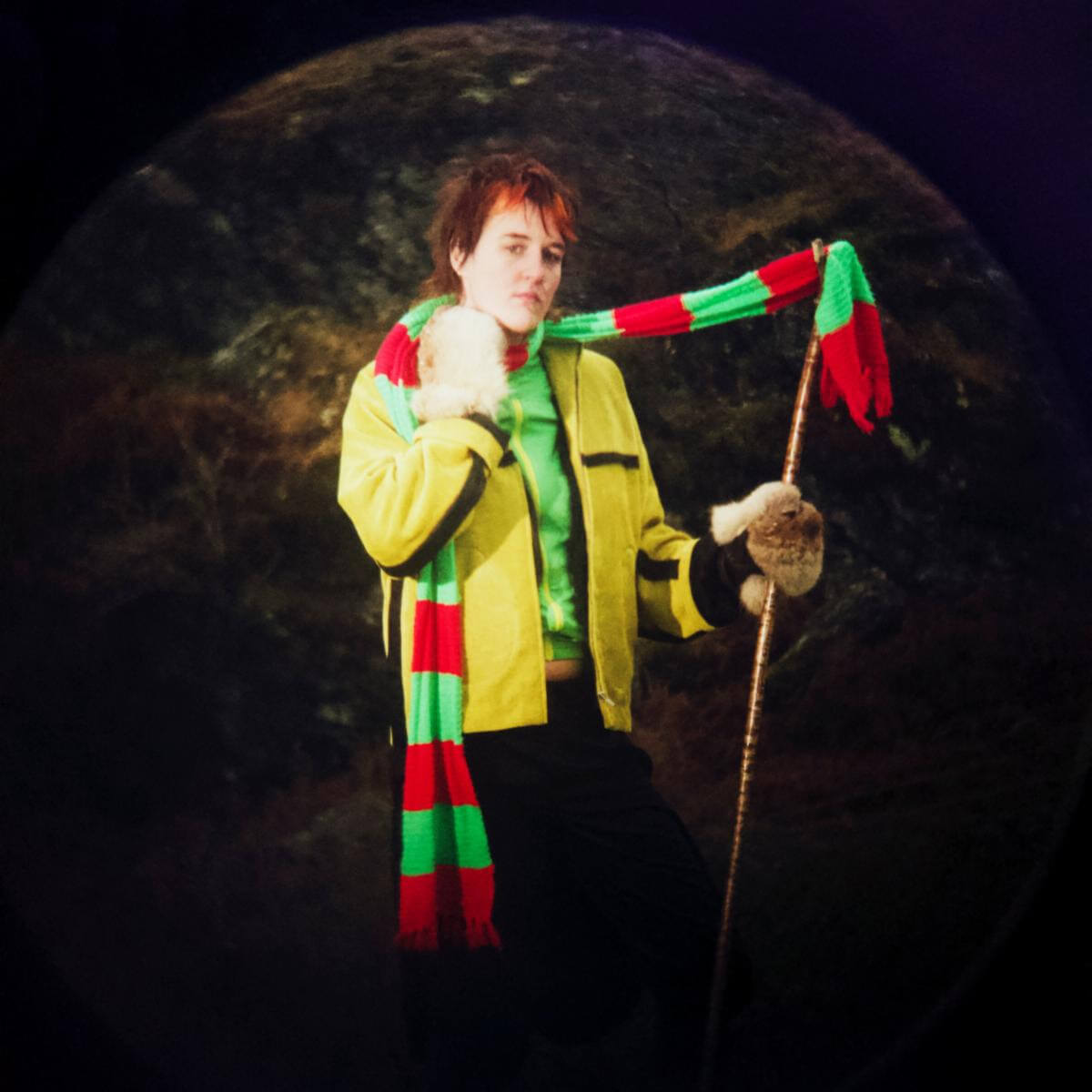 songwriter/producer Tiberius b was in London, experiencing the first wave of the COVID pandemic, during the lockdown, they were asked by their uncle to care for their grandmother, Tommy in a small village in North Wales. Partway through the stay, Tommy was hospitalized leaving Tiberius b alone in her house for six weeks.

Lacking their usual set-up, a local villager lent the electric guitar, and they went about relearning old synth songs on it, accompanied by logic preset beats. Pent up feelings and power chords combined, drawing Tiberius towards a new sound animated by the throws of isolation-cultivated adolescent angst. This led them to record their debut EP which will be released in the coming months on Mark Ronson’s label, Zelig Records (home to King Princess). The EP effortlessly guides listeners through breakups, sexual awakenings, gender euphoria, isolation, psychedelic divinations and moments of complete exasperation.

On the track, Tiberius b notes: “When I was a kid my dad told me that a bike represented freedom. He was a passionate cyclist, and I grew a similar affinity to cycling as I grew up. In 2016 I got run over by a van on my way to work and was hospitalized, I got 17 stitches in my leg. That instance ended up changing the course of my life, as the settlement I received gave me the means to travel and subsequently move to london. I have never been afraid of biking since my accident, and often dance on my bike on my way home at night when the roads are clear. I told my cousin Lydia about this music video idea and she choreographed the dance for me. The video mirrors the song being vulnerable, but lucid and emboldened at the same time.”