“I Thought The Future Would Be Cooler”- YACHT 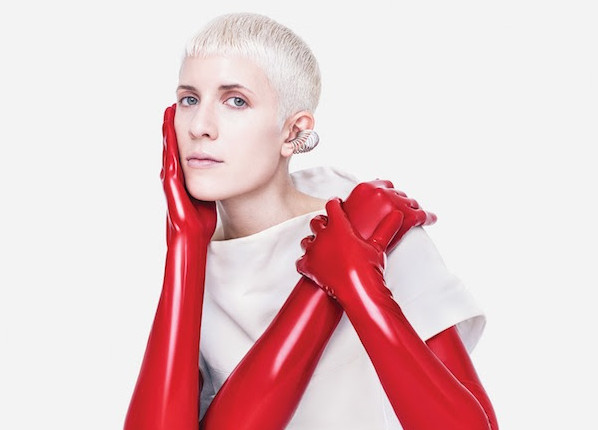 YACHT: “We’re so floored to hear ‘I Thought the Future Would Be Cooler’ through the filter of MC Eric and Ya Kid K. ‘Pump up the Jam’ is one of those songs that’s so engrained in popular consciousness now that it’s easy to forget how totally new it was—when first it came out, we thought all music would sound like Technotronic from that point forward. It was big and minimal at once, and even the name sounded like the future; in contrast to the EDM energy-drink we’re currently drowning in, this remix (Technotronic’s MC Eric Remix feat. Ya Kid K) feels so good. Deep thanks to Ya Kid K and MC Eric for making our future a little bit cooler; we never thought we’d have a chance to ride a waveform with them.”

Out October 16th on Downtown Records, I Thought The Future Would Be Cooler is a sweeping critique of the 21st century. It reveals the band at its most self-assured: critical, funny, tough, and musically diverse, crafting an infectious and hyperactive conceptual pop that seems to seep through the walls of an alternate universe. YACHT’s knowing references to technology, feminism, and media are layered in complex arrangements in songs about holograms and phones, police violence and identity, sex and the future.

I Thought The Future Would Be Cooler is the first YACHT album that Bechtolt and Evans didn’t create in a vacuum. The pair wrote the album from the ground up with their longtime collaborator and bandmate Rob Kieswetter, who also produced the album with Bechtolt (a first: Bechtolt has been YACHT’s sole producer since 2002). The result is a surprising and heterogeneous collection of songs. Grammy-winning Irish producer Jacknife Lee (REM, Bloc Party, Robbie Williams, Taylor Swift) stepped in as a hypercolor shaman of sorts, creating his own album-wide credit of “objective overseer and structural mechanic.” The album’s title track was co-produced with Justin Meldal-Johnsen (Beck, M83, Tegan and Sara) and its string arrangement was put together by pop polymath Jherek Bischoff (David Byrne, Caetano Veloso, Parenthetical Girls). The album was recorded over two years in Los Angeles at a handful of studios (Jacknife’s technicolor compound in Topanga Canyon, Meldal-Johnsen’s studio in Atwater Village, Red Bull’s studio in Santa Monica, and YACHT’s home studio) as well as in a former cavalry bunker in Marfa, Texas, at the Marfa Recording Company.

The band will be touring this fall, bringing their computer rock show to New York, Los Angeles, and more—all dates are below.