“This Time” by Land of Talk 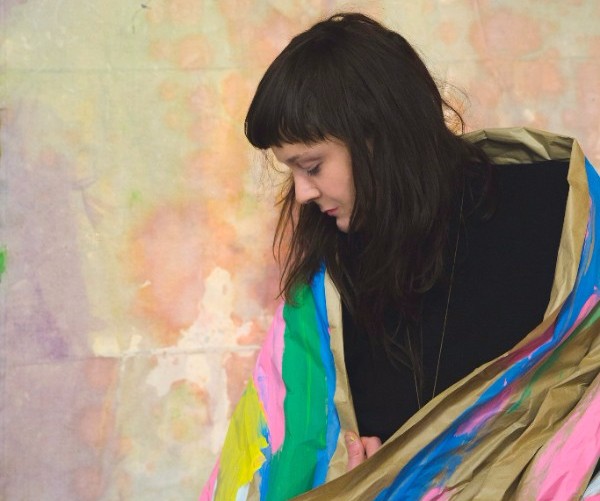 Land of Talk has released their second single off forthcoming release Life After Youth, “This Time.” The song that served as the spark for the Montreal-based band’s – led by Elizabeth Powell – first LP since 2010’s Cloak and Cipher, the song hears Powell rediscovering her musical muse: “I just wanted to repeat those lyrics over and over again, because that’s all I really had to say. At that point, music became a self-help thing, a coping mechanism-because music is how I understand myself and the world.” Listen to “This Time” here: YouTube / Soundcloud. Life After Youth will be released on May 19th via Saddle Creek.

Produced and mixed by John Agnello (Kurt Vile, Sonic Youth) and Jace Lasek (Besnard Lakes), and featuring Sharon Van Etten, Steve Shelley (Sonic Youth), Sal Maida (Roxy Music/Sparks), and The Besnard Lakes, the album is a collection of songs that sees Powell in the finest voice of her career, and reuniting with original Land of Talk drummer Bucky Wheaton.

Life After Youth is a set of songs that got Powell through tough times. And now, they can do the same for you. After recording Land of Talk’s debut EP, Applause Cheer Boo Hiss, she lost her drummer (the first in what would become a semi-regular pattern of lineup changes). After releasing Land of Talk’s first full-length record produced by Justin Vernon (Bon Iver), Some Are Lakes (2008), she lost her voice. And after the release of Cloak and Cipher LP (2010), Powell lost her will.

Powell knew she needed a break from the album/tour/album/tour cycle after Cloak and Cipher’s release – she just didn’t plan on it becoming a full-blown hiatus. In 2011, she left Montreal behind and retreated to her grandparents’ cottage near Lake Couchiching, ON to write only to see all her work lost when her laptop irreparably crashed, taking all her demos down with it. The combination of post-tour fatigue and the demoralizing loss of her new material brought her to a dead stop.

After settling back into her hometown of Orillia, ON, Powell was dealt an even more devastating blow on New Year’s Day 2013: her father suffered a stroke. All of her energies went toward caring for him, but in her darkest hour, the elder Powell provided Elizabeth with a guiding light. “I was visiting him in the hospital,” she recalls, “and he just said, ‘Come on, can you just do this now? Can you just get back to music?'” She went home and wrote “This Time,” the song that ultimately served as the impetus for and thematic focus of for a new Land of Talk record. It’s the sound of Powell unleashing the sort of do-or-die ardor that only comes when a life-altering event forces you to stare mortality in the face.

From Montreal to Orillia to Toronto to New Jersey (where she recorded with Agnello) and back to Montreal again, the story of Life After Youth resembles one of those Raiders of the Lost Ark maps with the red routing lines bouncing back and forth into a blur-“which is kind of like what my brain is like,” Powell says with a laugh. But from that mental and geographic scramble, a work of great focus and clarity has emerged. To paraphrase the late David Bowie, it’s been seven years, and Powell’s brain hurt a lot. But she stands today as the patient-zero case study for Life After Youth’s therapeutic powers.