“The World At Night (For Stew)” Walter Martin 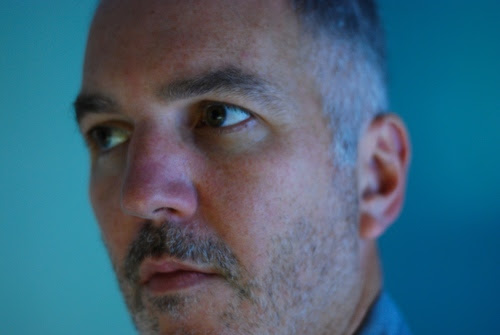 Walter Martin (The Walkmen), recently announced his new album The World At Night will release on January 31st via Ile Flottante Music. Produced by multi-instrumentalist Josh Kaufman (The National, Hiss Golden Messenger, The War On Drugs), the album is Martin’s most richly orchestrated and grandly cinematic collection to date, as well as his most poignant. Dedicated to his dear friend and late Jonathan Fire*Eater bandmate Stewart Lupton, it balances soul-baring intimacy with sophisticated arrangements as they walk a delicate tightrope between despair and hope, faith and doubt, security and uncertainty.

Walter also shared the album’s title track “The World At Night (For Stew)” which grapples with the confusion of loss and draws much of its imagery from a piece of Stewart’s artwork.

“‘The World at Night’ takes place inside a collage that Stewart made,” Walter told Billboard, who debuted the song. “Stew died last year and his collage hangs above my desk where I write everyday. I’m not really a religious person, but I do believe in ghosts and in magic and in plenty of beautiful stuff that I can’t see. Writing this album – and especially this song – was an effort to get closer to that stuff. And to Stew.”

A DC native, Martin first rose to prominence alongside Lupton with Jonathan Fire*Eater in the mid-90’s. Last week, Third Man Records issued a commemorative release of their 1996 EP Tremble Under Boom Lights which features the previously unreleased “In The Head” and other bonus tracks. In addition to the EP, Third Man also published a book of Lupton’s poetry titled The Plural Atmosphere which includes an introduction written by Walter.

Lupton’s memory looms large on this record and his spirit informs the music in ways both explicit and implicit. With sweeping strings and exuberant horns fleshing out his spare, understated vocal delivery, the songs here call to mind everything from Leonard Cohen and Tom Waits to Randy Newman and Harry Nilsson. Album opener “October,” which was released last week, sets the tone from the outset, pairing exuberant music and ominous lyrics about fate and mortality as Martin sings, “The trees have gone bald / Guess the world is getting older / October is here.” In addition to Kaufman, the album features an all-star cast of musicians including Sam Kassirer and Zach Hickman (Josh Ritter), Stuart Bogie (Arcade Fire, The Hold Steady), Rob Moose (Bon Iver, The National), and pianist Thomas Bartlett (Glen Hansard, Norah Jones).