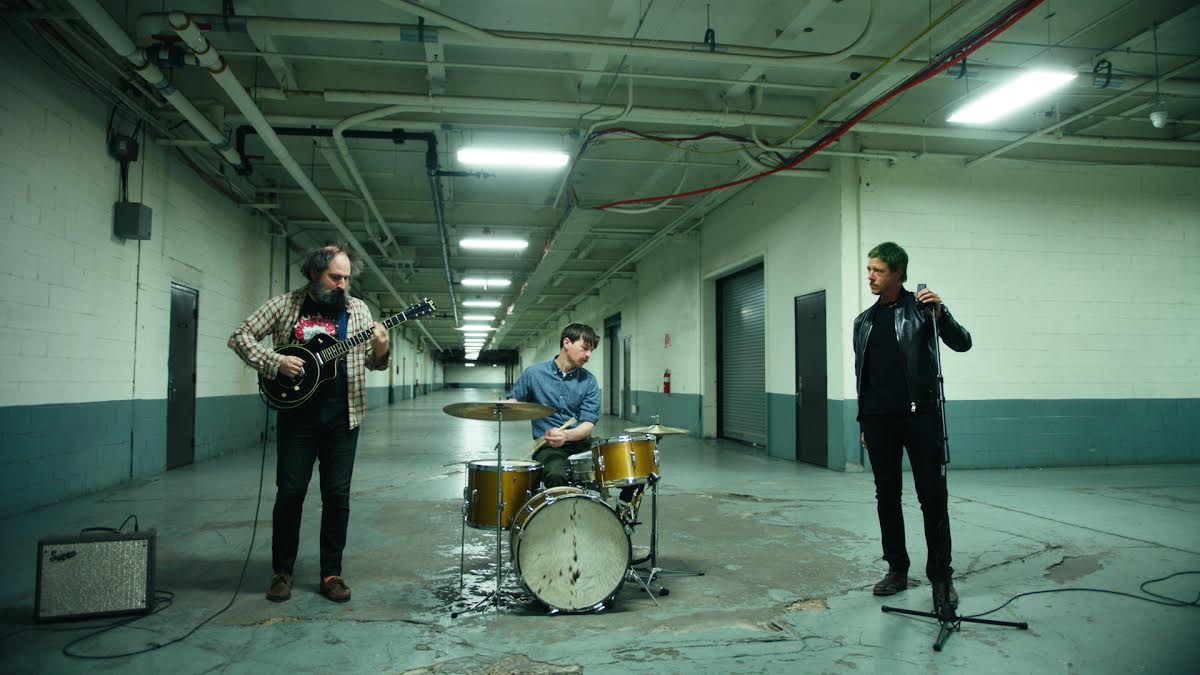 Muzz, will release their debut self-titled full-length on June 5th via Matador Records. The trio, comprised of Paul Banks (Interpol), Josh Kaufman (Bonny Light Horseman), and Matt Barrick (The Walkmen), have shared the single/video, “Knuckleduster,” ahead of the album’s release.

Paul Banks on the video for “Knuckleduster:”

“While we were shooting the video for ‘Red Western Sky’ at the American Treasure Tour facility, we discovered this great space underneath the museum. Unplanned, we quickly set up and started filming again – capturing the video for ‘Knuckleduster’ on the same day. ‘Knuckleduster’ follows previously released singles “Red Western Sky”, “Broken Tambourine”, and “Bad Feeling.” Born out of longstanding friendship and collaboration, Muzz is a genuine collaborative affair. The album, written, arranged and performed by Banks, Kaufman and Barrick.

“Everybody’s pretty hilarious and good people. Josh is an incredible musician all around and super creative and fun to work with – he’s always thinking of ways to make a song better. It’s a good combo because Josh is more trained as a musician in music theory and Paul comes from a different perspective where he’s playing things that just sound good. Lyrically and melody-wise, you never know how he’s gonna approach a song. It’s always unusual and cool and unexpected.”

Banks adds: “I don’t ever write with the intention of giving records an overarching theme, as that feels very limiting. But looking back, I think the through line for me is meditations on mental health, and the quest for happiness and the way in which the mind can play tricks on us. But, ultimately, the music speaks for itself. We have a genuine, organic artistic chemistry together. It’s partly a shared musical taste from youth, as with me and Josh, but then it’s also the souls of my friends that resonate with me when expressed through music. I think it’s cosmic.”