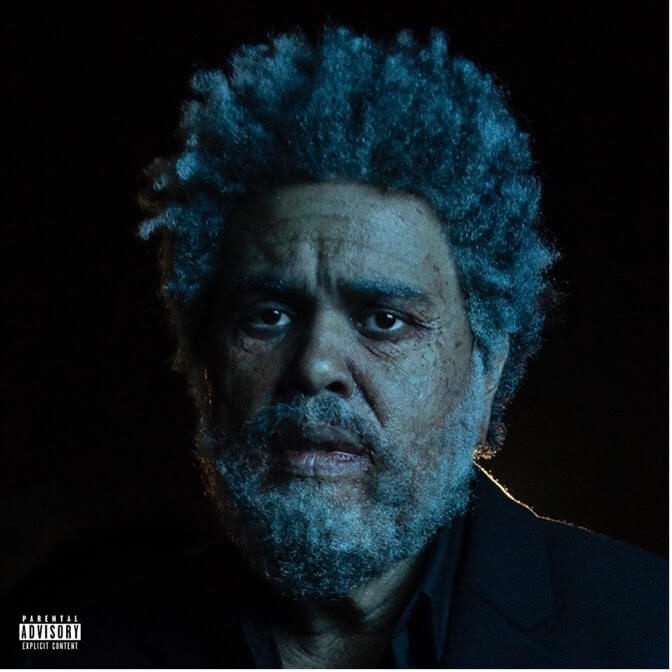 “You are now listening to 103.5 Dawn FM. You’ve been in the dark for way too long. It’s time to walk into the light and accept your fate with open arms.” Jim Carrey hosts the fictional radio station 103.5 Dawn FM that encapsulates the 16 tracks making up The Weeknd’s new album of decidedly uplifting songs.

The Weeknd’s last album After Hours contained Abel Tesfaye’s strongest material since his genre-defining debut mixtape House of Balloons. The impact of House of Balloons created a tidal wave of influence over many other artists. The darkness of his early output stuck a chord with many listeners even outside of the usual R&B circles. From there, he has slowly transformed himself into one of the greatest pop artists of our time, though the dark themes have remained throughout. Dawn FM sounds like a continuation of After Hours with production drawing from similar territory. Initial material composed for the album was scrapped, with Tesfaye feeling trapped in a depression. He then shifted his focus to a more upbeat personification. Heartbreak remains in the lyrical themes, but dance-floor ready beats and synths elevate everything. Particularly in the front half of the album. Like After Hours, there are many 80s references to be heard in the production. Drawing from arguably the greatest decade in pop music is a recipe for success again. Dawn FM stands apart from After Hours by going even further into that sound, especially where the synths are concerned. “Gasoline” begins with beats and sounds that would have been right at home on Depeche Mode’s Construction Time Again. The deeper voice Tesfaye uses on this track even seems to have a slight British accent. “Less Than Zero” is a real standout on the album.

With production and songwriting contributions from Max Martin and Oscar Holter, it’s utterly infectious and destined to be a hit. There are also some subtle nods to late 70s disco with “Take My Breath” starting with a groove similar to the Bee Gee’s “Jive Talking” . “A Tale By Quincy” features famed Michael Jackson producer Quincy Jones reflecting on a traumatic childhood and how it affected his future relationships. It flows directly into “Out of Time”. Both musically sound like they’d be right at home on Jackson’s Off the Wall album. Modern touches also appear with Tyler, The Creator and Lil Wayne both guesting, though the tracks they appear on musically remain in the sounds already mentioned. Jim Carrey contributes his words to the closing track “Phantom Regret by Jim” , dropping references to T. Rex and Prince while touching upon faith and living in the moment.

While The Weeknd’s early work remains influential, fantastic songwriting and production assistance from Max Martin and Daniel Lopatin (among others) has helped transform Dawn FM into pop gold. Highly recommended.