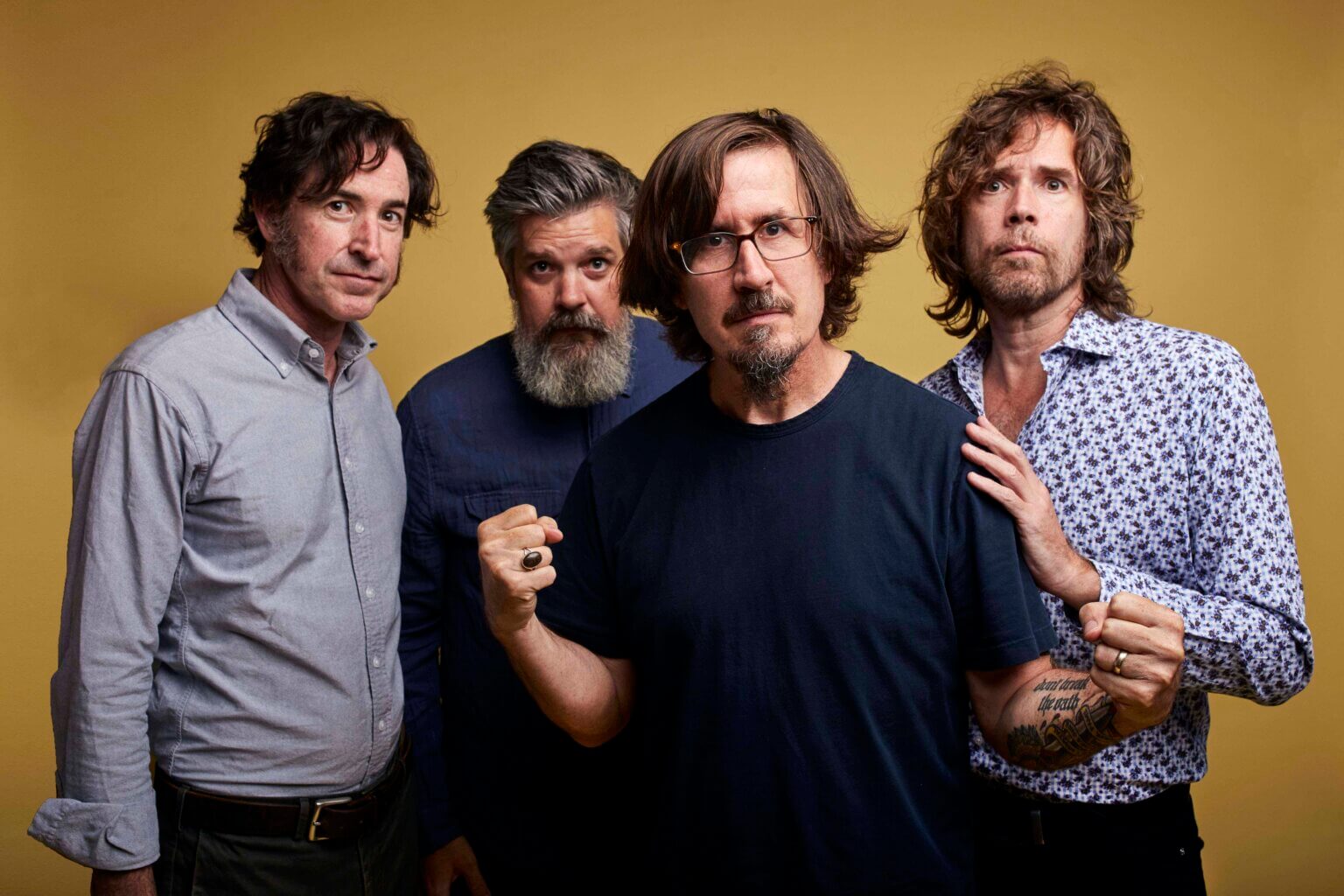 The Mountain Goats have shared a new visual for “Picture of My Dress.” The track is off their forthcoming release Getting Into Knives, available October 23, via Merge Records. The song’s creation happened in plain sight, beginning with a single tweet from “Good Bones” poet Maggie Smith suggesting a simple photo essay involving a woman driving across the country taking pictures of a discarded wedding dress. John Darnielle came across the tweet and was struck by the imagery; he quickly titled the song and got to work, striking up a friendship with Smith in the process.

Like the other 12 songs found on Getting Into Knives, “Picture of My Dress” was recorded at the legendary Sam Phillips Recording in Memphis with the assistance of producer Matt Ross-Spang, whose credits include work with Jason Isbell, Margo Price, and John Prine. The result is what Darnielle describes as “a pop-country song that’s still identifiably the Mountain Goats, universally relatable but still a little cracked.”

The band are announcing their first full-band online concerts for October 22 and 29, both starting at 9pm ET! The Jordan Lake Sessions were captured on video at Manifold Recording in Pittsboro, North Carolina. Two shows, 36 songs across the band’s entire catalog, no repeats. Tickets for these performances are available now, and purchases will include a rebroadcast of the show for 24 hours.

After working as the engineer for 2019’s In League with Dragons, Matt Ross-Spang suggested the band come down to Sam Phillips Recording for a tour—which in turn led to the decision to record in Memphis and to promote him to producer for the follow-up. Recorded in a single week with “magic” microphones salvaged from The Nashville Network, and in the same room where The Cramps tracked their 1980 debut album, the immediacy of Getting Into Knives burns brightly.

Purchase tickets for the Jordan Lake Sessions via NoonChorus