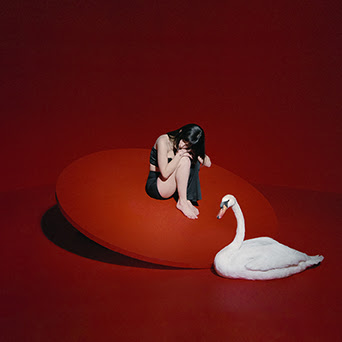 The Marías have released their debut LP CINEMA via Nice Life Recording Company/Atlantic Records. The LP is accompanied by an official music video for “Calling U Back” directed by lead singer María Zardoya and Bethany Vargas.

The Marias keep off a 2022 run off live dates, which will kick off at Las Vegas’ Brooklyn Bowl on January 26 and include a show at NY’s Brooklyn Steel on February 17, before culminating with a hometown show at The Novo in LA on March 12. On this side of the year, the band will play a show on October 5 at the iconic Red Rocks Amphitheatre in Colorado, opening for Leon Bridges. They’ll also perform next month at The Ford Theater with the Youth Orchestra of Los Angeles, as well as at Boise’s Treefort Music Festival in September.

To celebrate the album release, the band will be hosting a pop-up fan event this evening at Supervinyl in Los Angeles. From 6-9pm, fans can come by the iconic record store for album signings, custom astrology portraits and readings, exclusive merch, and more! Other release week celebrations include art installations in NY’s Times Square and LA’s Silverlake neighborhood, featuring giant custom-made swan sculptures paying homage to the album’s artwork.

CINEMA was written and produced entirely by Zardoya and her partner – producer and multi-instrumentalist Josh Conway – within their LA apartment. In performing the music, the duo is joined by their closest friends Jesse Perlman (guitar), Edward James (keys), and Gabe Steiner (trumpet) to round out the band.

When dreaming up their first full-length, Zardoya and Conway mined inspiration from such hyper-imaginative filmmakers as Pedro Almodóvar and Wes Anderson, achieving an untamed emotionality that acutely amplifies the most intimate of feelings.

In addition to those influential classic films, the album’s title also pays homage to the work María and Josh first collaborated on – creating music for film + television scores. (In a nod to the bilingualism of their work, the title CINEMA carries the same meaning in both English and Spanish).

“We want people to feel inspired to create anything, whether it’s music or art or whatever else they’re drawn to,” says María. “Hopefully the songs will help them to break away from real life for a while and create some kind of dream world in their heads – something like the scenes to their own little movie.”

Order Cinema by the Marias HERE