“The Mapping of Dandruff” Indoor Pets 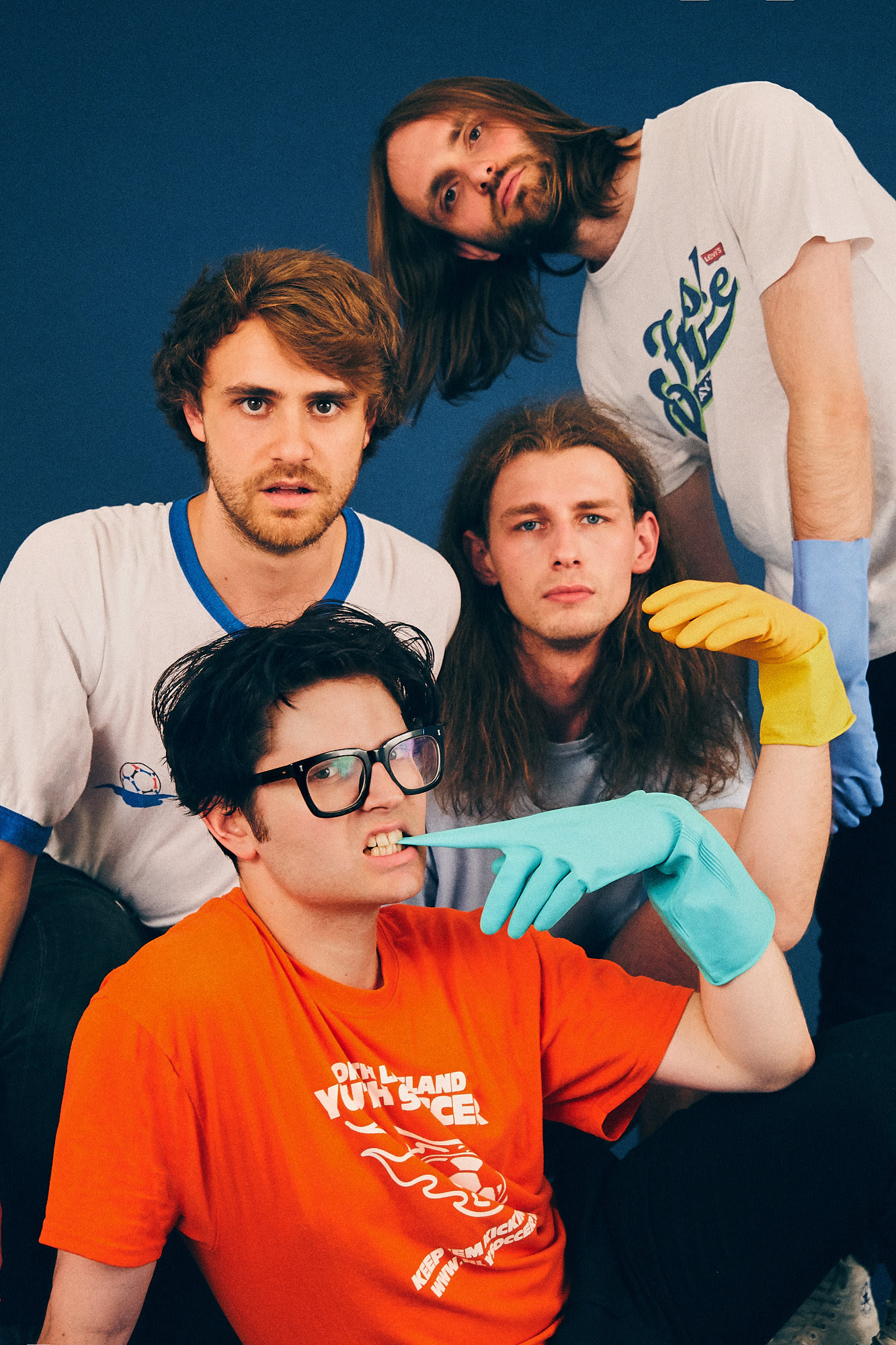 Indoor Pets’ new single “The Mapping of Dandruff” is their latest single from their debut release, Be Content, out this Friday, March 8th on Wichita Recordings. Described by the band as “the emotional core of the album.”

Be Content was Co-produced by the band’s guitarist, James Simpson and Kristofer Harris and mixed by Claudius Mittendorfer (Weezer, Ash, Yak, Parquet Courts), the album is a bottomless pool of great tunes. Familiar feelings of not fitting in or wanting to play the hand life’s dealt you are delivered with self-deprecating wit and Glass’ trademark use of double-bluffing word play. Think Rivers Cuomo and a pre-sandpit Brian Wilson bunking off school to play records and snigger at the cool kids. They’re smart, life-affirming and all contained within a thumping primary-coloured pop wallop.