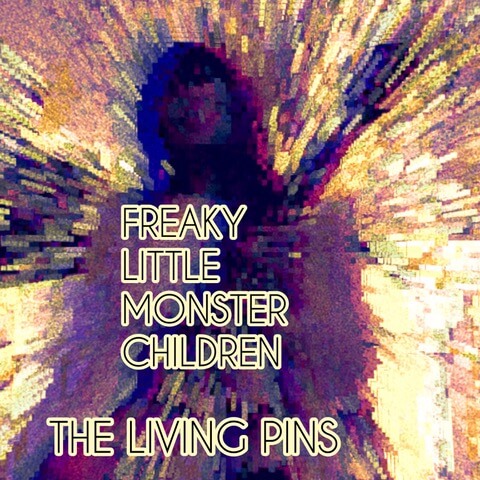 The Living Pins have shared a new video for “Downtown.” The band, originally formed in 1996 during the heyday of iconic Austin clubs such as Liberty Lunch, Electric Lounge, and The Hole In The Wall. Pam and Carrie met as co-workers at Wheatsville Food Co-op and continued in the tradition of employee bands including the likes of Ed Hall, Cherubs, Sixteen Deluxe, Pong, Palaxy Tracks, and Cotton Mather. The original Living Pins line-up included Kathy Ziegler (Morningwood) and Leslie Petit (Bunny Stockhausen) and this incarnation of the Pins appeared on the 1998 Wheatsville band compilation, “The Wheat Album”, with their cover of T. Rex song, “Spaceball Ricochet”, produced by John Croslin (Spoon, Guided by Voices).

The band is back as a two-piece with Freaky Little Monster Children. Mostly recorded late on Friday and Saturday nights during the lockdown of Fall of 2020, in the empty lobby of Splinter Group, an East Austin artisan collective. “Fingers crossed the power tools stay silent during the next guitar overdub …” was the mantra. Face masks and headphones were the main accessories. Jeff Copas (Sixteen Deluxe, Mule Ear Productions) engineered and produced the EP plus added some sweet keyboard and percussion details. Other highlights include Special guest, Matt Devine (Medicine, Permanent Green Light, Possum Dixon), played his Mick Taylor-esque endless guitar solo on “Jaguar.”