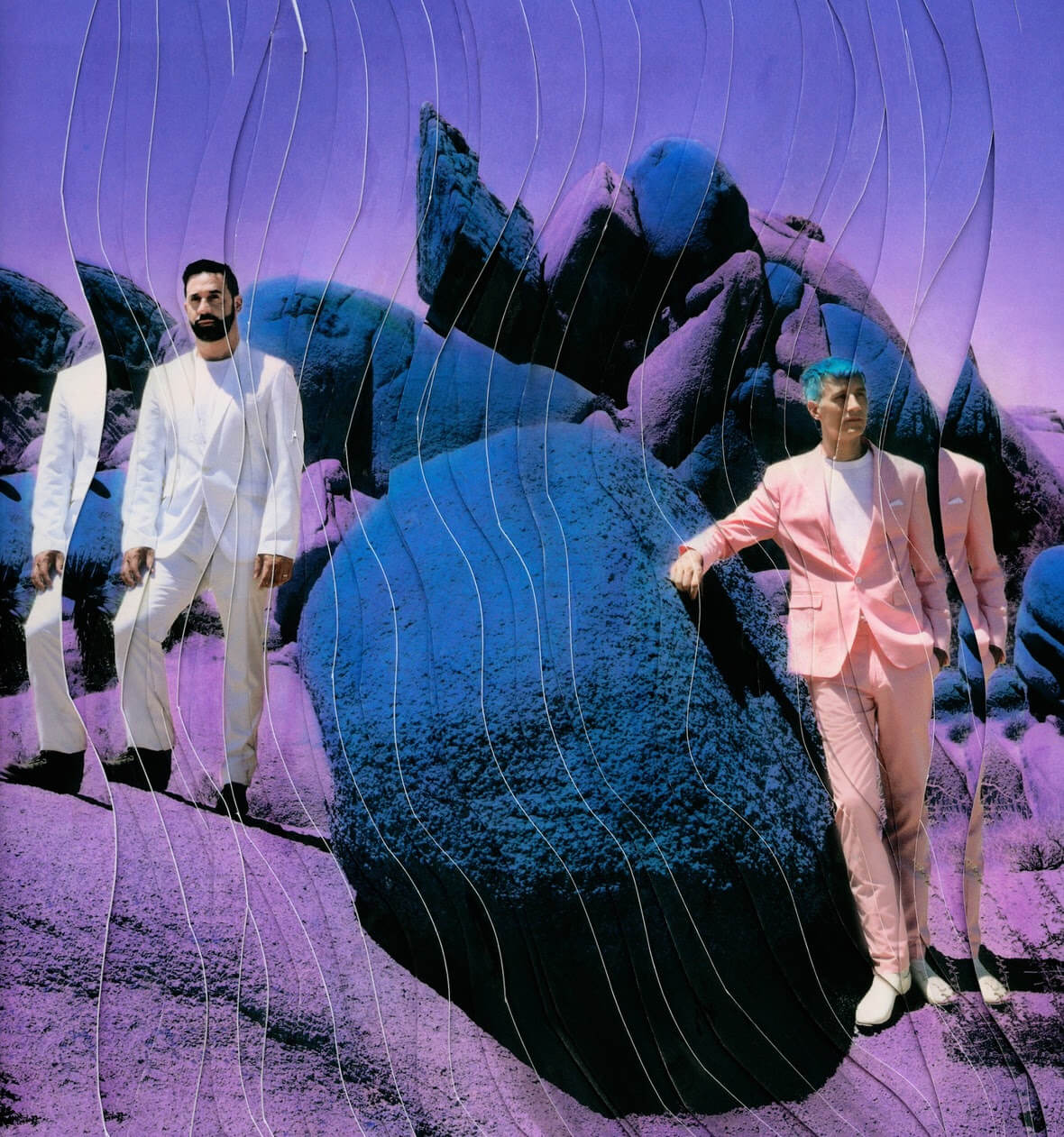 After nearly two decades on ice, The Juliana Theory re-emerged last year with “Can’t Go Home”, a synthpop anthem that took an abrupt left turn in sonic direction when compared to the group’s post-hardcore lineage. Revitalised and eager to continue their reinvention, reuniting members Brett Detar and Joshua Fielder have opted to select seven songs from their back catalogue (and one brand new track) to reimagine as acoustic, string-laden homages to work created more than 20 years ago. The duo took inspiration from the MTV Unplugged series and Detar’s recent forays into film scoring, most notably composing the music to accompany 2012’s ‘The Devil Inside’.

The Juliana Theory took the approach to revisit their past to move forward, as Detar puts it “Twenty years later, how can you be true to a song but still approach it with a different lens?” Another key driving force behind ‘A Dream Away’ was the group’s run of acoustic shows in 2019. Detar embellishes further “Every single night, Josh and I started the show the same way. I walked to the microphone and said, ‘I want you to close your eyes. Imagine you’re in a comfortable space: maybe you’re sitting in your living room in front of your fireplace, you’ve got your scotch in your hand, and your dog sitting next to you or your significant other. And we just showed up in the room and we’re going to sing some songs to you.’”

Fielder and Detar have definitely employed a different lens to ‘A Dream Away’; the early millennium emo-rock versions that fans will be accustomed to, are almost unrecognisable under this new stripped back persona. The forays into swooning orchestral flourishes usher in a calming, intimate proclivity that can sometimes sound overblown or akin to a Disney soundtrack – which I don’t think the pair would have been aiming for, although I could be wrong? In general ‘A Dream Away’ can feel a little OTT at times. Although the deployment of piano, assorted percussion and threadbare, intricate guitar motifs gives the tracks a nuanced texture when compared to the arena-sized angst fests from back in the day. Amongst the likes of ‘Constellations, ‘Duane Joseph’, ‘Bring it Low’ and several others, there is the brand new song, ‘Better Now’, which opens the record and sets the tone for what’s ahead. Intimate yet powerful, angst-fuelled and riddled with melancholy, ‘Better Now’ manages to straddle the lines between minimal and grandiose, as if to make a subtle nod to the band’s, fist- clenched anthemics that they’re renowned for.

Credit to Detar and Fielder for not just lazily producing straight up acoustic versions of their own tracks; by adding in all the additional facets, this has breathed new life into their older songs. ‘A Dream Away’ is bound to
receive a warm welcome from nostalgic fans looking to relive the twosomes past days but from an alternative
angle.