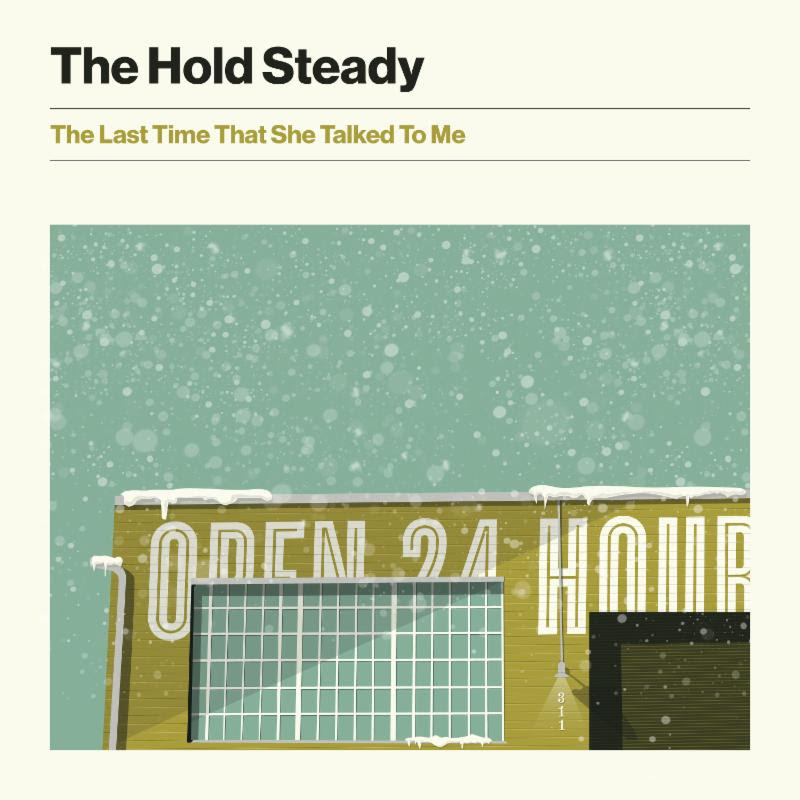 The Hold Steady have released “The Last Time She Talked To Me.” The track officially drops via Frenchkiss Records on March 8th. Fans can download the single by donating to The K + L Guardian Foundation, a fund set up to benefit the children of Unified Scene founder “jersey” Mike Van Jura, who died in November 2012.

Recorded at Isokon Studios in Woodstock, NY, with producer Josh Kaufman and engineer D. James Goodwin, “The Last Time She Talked To Me” is the ninth in a series of THS single releases over the past 15 months, a string that includes “Confusion in the Marketplace b/w T-Shirt Tux,” “The Stove & The Toaster b/w Star 18,” “Eureka b/w Esther,” and “Entitlement Crew b/w A Snake In The Shower.” Additional performers include Stuart Bogie and Dave Nelson on horns and Annie Nero on backup vocals.

The band are visiting London this week for “THE WEEKENDER,” a sold out three-day concert event that will see the NYC-based band taking the stage at London’s Electric Ballroom on Friday, March 8 and Saturday, March 9, followed by a limited capacity third show at Oslo, in Hackney, London on Sunday, March 10. In addition, an exclusive screening of The Hold Steady’s acclaimed 2009 documentary, A Positive Rage, will be held the afternoon of Sunday, March 10 at the Picturehouse cinema in Hackney.

The Hold Steady will then return to North America for a number of spring dates, beginning Thursday, May 16 at Jersey City, NJ’s intimate White Eagle Hall – limited tickets remain available HERE. That same weekend will also see the band joining Frank Turner at his sold out LOST EVENINGS III festival, set for Boston, MA’s House of Blues on Friday, May 17. The weekend wraps up in Hamden, CT with a sold out show at Space Ballroom on Saturday, May 18.