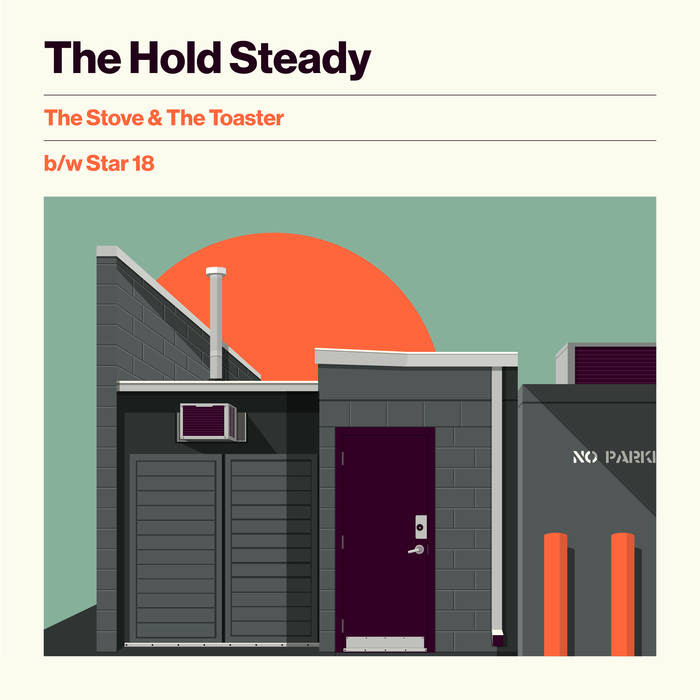 The Hold Steady has released a new single. “The Stove & The Toaster” b/w “Star 18.” It will be available at all DSPs and Frenchkiss Records this Friday July 20.

“The Stove & The Toaster” b/w “Star 18” is currently available to hear exclusively at The Hold Steady’s Bandcamp page and to members of the official Hold Steady fan community, The Unified Scene. Members who wish to download the single can do so by donating to The K + L Guardian Foundation, a fund set up to benefit the children of Unified Scene founder Mike Van Jura, who died in November 2012.

Recorded in May 2018 at Isokon Studios in Woodstock, NY, with producer Josh Kaufman and engineer D. James Goodwin, “The Stove & The Toaster” b/w “Star 18” follows the March release of “Eureka” b/w “Esther,” and last year’s “Entitlement Crew” b/w “A Snake In The Shower,” which marked the first new music from The Hold Steady in nearly four years as well as the first studio recording to feature longtime keyboard player Franz Nicolay since 2008’s fourth album, STAY POSITIVE.

“The Stove & The Toaster” b/w “Star 18,” which includes Stuart Bogie and Dave Nelson on horns and Annie Nero on backup vocals, arrives just as The Hold Steady is about to kick off its “Constructive Summer” series of shows. The dates are starting with a sold-out STAY POSITIVE anniversary show at White Eagle Hall in Jersey City, NJ, on July 25, and will then move to Philadelphia/Asbury Park, San Francisco and Toronto for extended weekends in these cities. The complete itinerary is listed below.

There are a limited number of multi-show passes and soundcheck/happy hour tickets still available for certain shows in each city. For complete information on tickets and presale, visit theholdsteady.net.