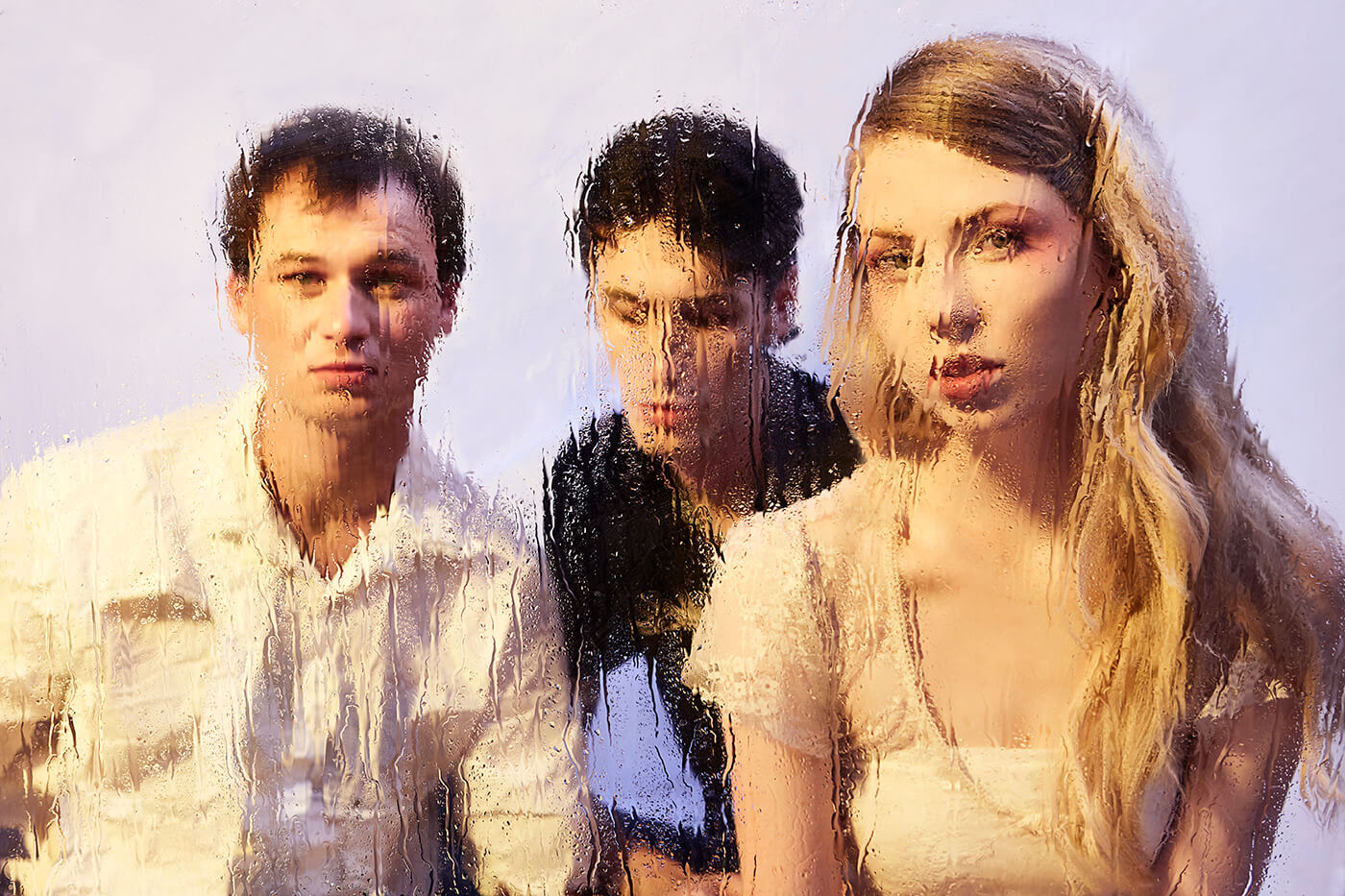 A band’s journey between records can sometimes be a precarious one. The act of writing and recording an album, for most, is the reason why artists get into this line of work in the first place. The often exhausting nature of promoting and touring that record can be the thing that makes some want to opt out of the industry altogether. The Goon Sax knows this implicitly. The Brisbane, Australia based three piece, of Riley Jones, Louis Forster and James Harrison, formed while still in high school and went on to release two very well regarded back to back albums, 2016’s Up To Anything and 2018’s We’re Not Talking.

These albums found the band living their life in recording studios and on the road for a solid amount of time. When they played their last show of the promotion cycle of We’re Not Talking, exhaustion had set in and the band didn’t know if there would be another record in their future. Thankfully that never came to pass as the group is set to release their tremendous third album, Mirror II on July 9th via Matador Records, and it seems that the time they took in between this and their last has been invigorating for them all. The record isn’t so much of a departure to what they were doing previously but an awakening of sorts. The little things that made The Goon Sax, The Goon Sax remain but they are now heightened, more refined and even more captivating. When we caught up with Riley Jones, in the London offices of Matador, she explained how the young trio came to where they find themselves now.

“We had a break after the last album cycle,” the energetic Jones explains. “After that last show of the last tour we needed a break. It felt like we’ve given this thing all we’ve had. We needed a period to sort of find ourselves. James and I stayed in Brisbane and Louis headed off to Berlin. Making and touring back to back records was kind of all we knew up until that point and it felt like we needed to find some inspiration elsewhere.” While Forster was in Berlin dabbling in electronic music, “As most who go there do.” Jones says admiringly, herself and Harrison started their own project called Soot, basically playing whatever they felt like at the moment with an emphasis on being as adventurous as possible. “It was only like nine months or something,” she explains,”but that and what James was doing in Berlin really inspired the sound of the new album.” While their new, more adventurous departures from the band played a big part in the sound of Mirror II, Jones does emphasize that, ”Separately from these sonic creative tangents, songwriting is at the core of the album.”

The songwriting on Mirror II is quite staggering. Stylistically, the band is all over the genre map. Moody post punk, jangly indie pop, sharp shoe gaze but it all sounds implicitly like them. Much has been made previously about the bands indebtedness to sounds of decades past but this isn’t an album of nostalgia, it’s too exciting for that. It just goes to show that old or new, the members of The Goon Sax are first and foremost music fans and they don’t pass up any opportunity to listen to anything at all. “The album ended up being very dreamlike in its structure. All our imaginary worlds conglomerated into one,” Jones says of the songwriting process. “We were kind of taking influences from so many different decades before and on this album more than ever. We are definitely influenced by modern things as well but we really don’t want to miss out on anything.” While all the members of the band take turns singing and playing every instrument, this isn’t the type of scenario where any member is bringing in fully realized songs for the others to back them up, it really is a group effort. “We work together to bring it all to life and it really can change quite a lot from the initial version that someone brings in. As this rough structure of a song evolves and evolves, we keep writing and writing and restructuring. Just endless revisions because we really want to feel out the direction of each song.” One of the big changes on Mirror II comparatively from some of their past releases are the songs lyrical content. “We really strayed away from the confessional lyrical quality of the first couple albums. We had been playing a lot with the post punk scene in Brisbane which was more obscure and angular from what we were doing. It was the first time we’ve felt a part of a scene but didn’t really feel part of it,” Jones says with a laugh.”and because of this we wanted this record to be more about us being musically honest with ourselves.”

The road which led The Goon Sax to making Mirror II was definitely worth the journey. While it would’ve been a shame to have them not make another album together, it seems like the time they took apart and to explore other musical pursuits was so positive towards each artist’s development. As they say, it’s not the destination but the journey and the journey taken by The Goon Sax has ensured, not only that the band will be garnering accolades for this latest release, but more importantly, it will set the course for them all to continue to craft wonderfully heartfelt, excitingly adventurous new songs moving forward.