The Breeders return with “Wait in the Car” 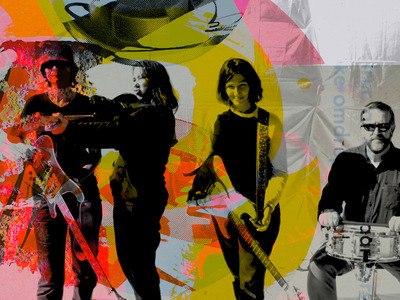 The Breeders announce their return to 4AD with their brand new single, “Wait in the Car”. The single is the first music to be released by the classic line-up behind the iconic album, Last Splash.”Wait in the Car” marks the reunion of band members Kim and Kelley Deal, Josephine Wiggs and Jim Macpherson. The quartet returned to the stage in 2013 to celebrate the 20th anniversary of Last Splash and have since been spending time together in the studio working on new material. The band start their North American tour on October 10th in Newport, KY.

The single will also form part of a series of 7”s releases. One will be available at the band’s upcoming tour dates, starting October 15 (pressed on orange vinyl, featuring a cover of Amon Düül II’s 1970 track ‘Archangel’s Thunderbird’, recorded with Steve Albini in Chicago). Another will be available exclusively at select independent record stores from October 27 (pressed on yellow vinyl and including a cover of Devo’s ‘Gates of Steel’). Details of a third version (featuring Kim’s dreamy reimagining of
Mike Nesmith’s ‘Joanne’ and pressed on red vinyl) will be announced later in the year. The artwork and visuals for ‘Wait in the Car’ come from Chris Bigg (formerly of the v23 team who worked on the band’s previous 4AD releases) and Martin Andersen, with the video piecing together 800 still images.

Chris Bigg on the video:

“It all started with a brick,” the pair say. “We both liked the idea of using something iconic yet quite banal. An old brick has a story and it’s a beautiful raw object. We started collecting more and more (some intact, some broken) and realised how different they all appear, each one having its own identity.” The Breeders will begin their previously announced 19-date EU and North American tour later this month.