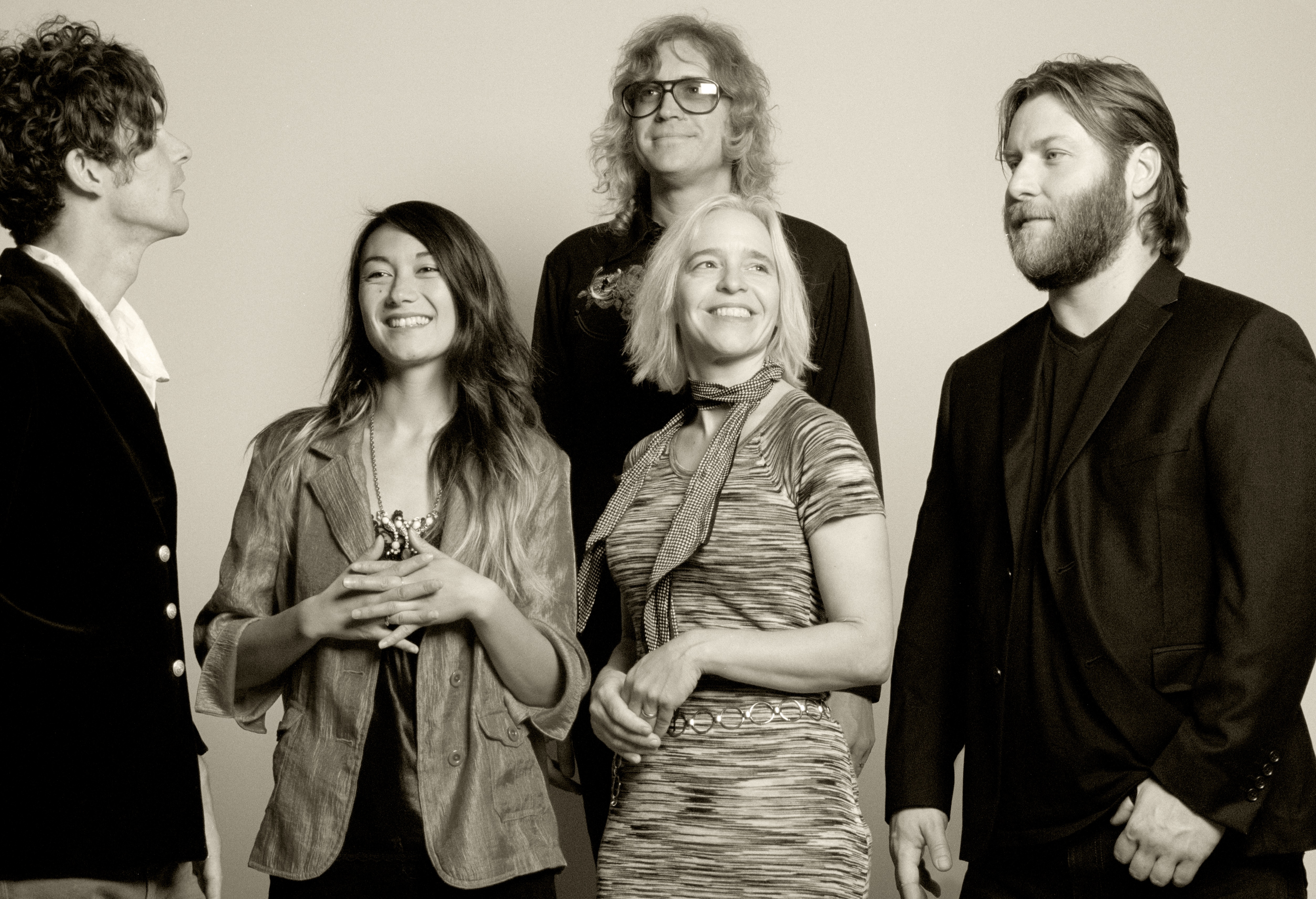 The Besnard Lakes will release their new album A Coliseum Complex Museum, on January 22nd, 2016 via Jagjaguwar. Lead single “Golden Lion” will also be released as a limited 12” EP on November 13th, 2015, and include two new, exclusive tracks listed below.

Fifteen years into their career, and nearly two decades into Jagjaguwar’s existence, with a new line up and a renewed sense of ambition, the band have created a record that expands upon their vocal harmonies, dense guitar-work and classic 70s melodicism. Now comprising writing partners Jace Lasek (vocals/guitar) and Olga Goreas (vocals/bass) plus long-term drummer Kevin Laing, the cast has expanded to include both Sheenah Ko (keys/vocals) and Robbie Macarthur (guitar). Previous guitarist Richard White maintains a pivotal studio role for the band though no longer tours.

A limited number of deluxe pre-orders of A Coliseum Complex Museum will include white colored vinyl and a metal sigil, hand-crafted by the band’s Olga Goreas. The sigils have become a major element of the album art. “I made 11 sigils after my dad passed away almost four years ago. Each sigil has a particular meaning and there are 11 of them because he died in November of 2011 and numerologically speaking, 11 represents a rebuilding of sorts. In a way, our last album was about endings and this album is about beginning again,” says Goreas.

The story of The Besnard Lakes begins at Besnard Lake: a spectacular yet secluded
water feature in rural Saskatchewan which the Montreal group’s husband and wife core,
Jace Lasek and Olga Goreas, visit each summer for inspiration and escape. This year the
couple’s campsite was surrounded for a worrying few days by forest flames, a literal ring of
fire which informed the devil-may-care spirit of their exuberant fifth album.
“Besnard Lake is usually the place where we get the germination of ideas,” explains Jace.
“We set up a small recording rig in the trailer we have up there .This time there were also
helicopters with giant water tanks flying over us while we were fishing on the lake!”

Armed with demos and memories from their trip, the pair returned to the city and entered
Breakglass Studios. Co-founded by Lasek a decade ago, this popular recording facility has
long been a hub for Montreal’s fertile, collaborative and proudly DIY music community.
Having met and fallen in love in Vancouver, where Jace was a photography-trained art
student and Olga a bass-slinging star on the underground rock circuit, the pair relocated at
the turn of the millennium. Vancouver had gotten too expensive. By contrast, “Montreal
was super cheap because there had been the Quebec referendum in ’95 and a lot of the
Anglos had left. There was a political teeter-totter happening, so there were tons of empty
places. We moved out here and were able to live, rehearse and record in a loft for next to
nothing.”

“You look on the back of his early records and it’s produced, arranged, recorded and
performed by Prince. When I realised that as a 12-year-old I was like, Oh fuck! So this kid
can make a record all by himself. So then why can’t I? He was also the guy who made me
realise that it was ok to sing high. Just throw caution to the wind. He’s not concerned
about being super macho. Once I started getting into punk rock in high school, Prince was
still there. He didn’t lose relevancy for me. Prince was still there when I started getting into
prog rock, too. We’re just absorbed in music of all sorts.”

Olga, meanwhile, has been exploring a new creative outlet via her domestic interpretation
of the occult, inspired by a Disinformation lecture given by comic book writer Grant
Morrison. “He was talking about sigils,” remembers her adoring partner. “It was really
personal for Oggy, like a meditation she would do in the morning, and also just a fun thing.
She developed these 11 sigils, which you can see on the inside of the record’s jacket. For
the deluxe edition she’s hand engraved them onto these little tags. The meanings are very
simple: one is love, another is empathy. That leads back to this whole idea of mystery and
the myth of the band.”

Channelling their obsessions with the paranormal – Jace was a teenage ghost hunter – as
well as the dark arts, A Coliseum Complex Museum is populated by cryptozoological
creatures (The Bray Road Beast, Golden Lion) while also luxuriating in natural phenomena
and beauty (The Plain Moon, Nightingale). These themes are sincere yet good-humoured.

The LP’s title jokily refers to a landmark-heavy road sign spotted on tour in Texas, the
varied emotional impulses within reflected by its environmentally warped artwork.
“For a long time we were trying to keep secret that we love being out in nature,” admits
Jace. “Because it’s kinda cliché. But with this record we decided to stop fighting what we
love so much. So the front cover actually has a lake on it, but it’s also got this giant orb
shooting light into the water, which is creating a hole that’s opening a portal to the
coliseum complex museum. It’s kinda fucked.”

A COLISEUM COMPLEX MUSEUM TRACKLIST:
1. The Bray Road Beast
2. Golden Lion
3. Pressure of Our Plans
4. Towers Sent Her to Sheets of Sound
5. The Plain Moon
6. Necronomicon
7. Nightingale
8. Tungsten 4: The Refugee