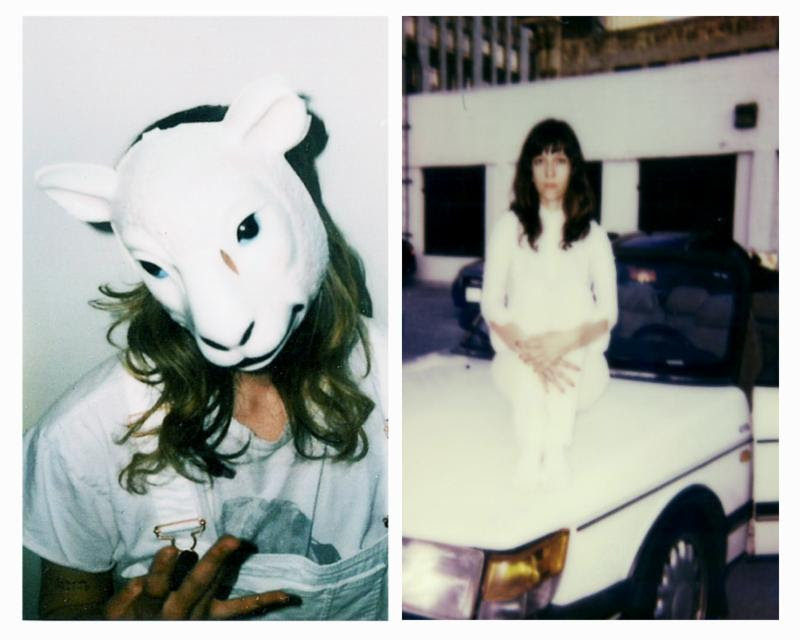 Telepathe are proud to announce the release of their long-awaited sophomore album Destroyer via the band’s own label BZML on August 7, 2015.

Originally recorded in 2012 Telepathe, aka multi-instrumentalists Busy Gangnes and Melissa Livaudais, quit their day jobs and relocated to Los Angeles to record the album in a few short and intense months. “Melissa and I decided to leave NY for a couple of months during the winter to write and record this new album,” Busy explains. “We rented an apartment on Sunset Boulevard. At the time we were reading a lot Science Fiction and researching California cults, which became themes that seeped into our music.”

With nods to freestyle Miami beats and Madonna’s early work, Destroyer is a focused cacophony of layered beats, synths and vocals bemoaning the complications and misunderstandings of relationships.

Bonded by their mutual love for Hip Hop, UK garage and all that was rhythmically syncopated, Busy and Melissa first EP as Telepathe, Farewell Forest, was released in 2006 via Brooklyn label The Social Registry. The girls moved to a warehouse in Bushwick where they built a home studio which saw the single ‘Sinister Militia’ come to fruition with remixes from the likes of Tyler Pope of !!!, and LCD Soundsystem.

In 2008 Telepathe began working with TV on the Radio’s Dave Sitek, bringing their bedroom-made demos to his studio which would become Telepathe’s critically acclaimed debut album Dance Mother. For the next two years the band supporting acts such as Julian Casablancas and Vampire Weekend, as well as headlining their own world tour.

This August Telepathe return with their second album Destroyer. Co-produced with Lewis Pesacov and mixed by Matty Green, the girls have started their own label BZML to release their album on their own terms: “We wanted the album to come out in the right way, and at the best time. We had attempted to release Destroyer a couple of times during the last two years, but the process was delayed by industry and label politics.”