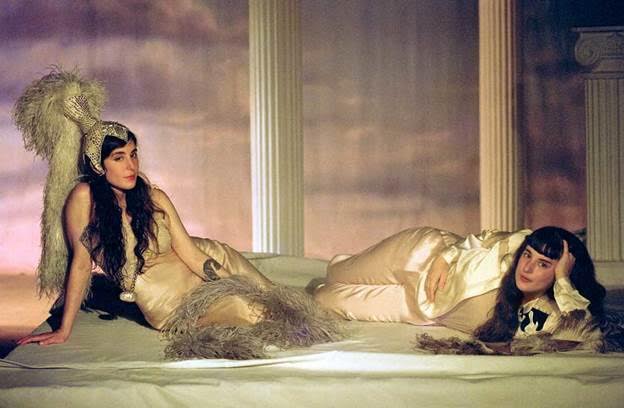 After the news of their forthcoming release Do Easy, out November 18th via Bella Union (and Hand Drawn Dracula in Canada), twin sister duo Tasseomancy (formerly of Austra) have shared alluring new track “29 Palms”. Described by Tasseomancy’s Romy Lightman as: “An ode to all the women in waiting for their psychic plumage to arrive”.

Genesis P-Orridge and Kathy Acker believed William Burroughs to be a vibrant beam of clarity. P-Orridge—a disciple of Burroughs—referred to “The Discipline of D.E. as a smooth hand of magic”. Romy of Tasseomancy stumbled upon the Discipline of D.E. (Do Easy), a short story outlining a don’t-bust-a-gut Buddhist philosophy and “like a gentle old cop making a soft arrest”, she was deeply touched and set out to find the easy way.