Our Talk with Garden City Movement 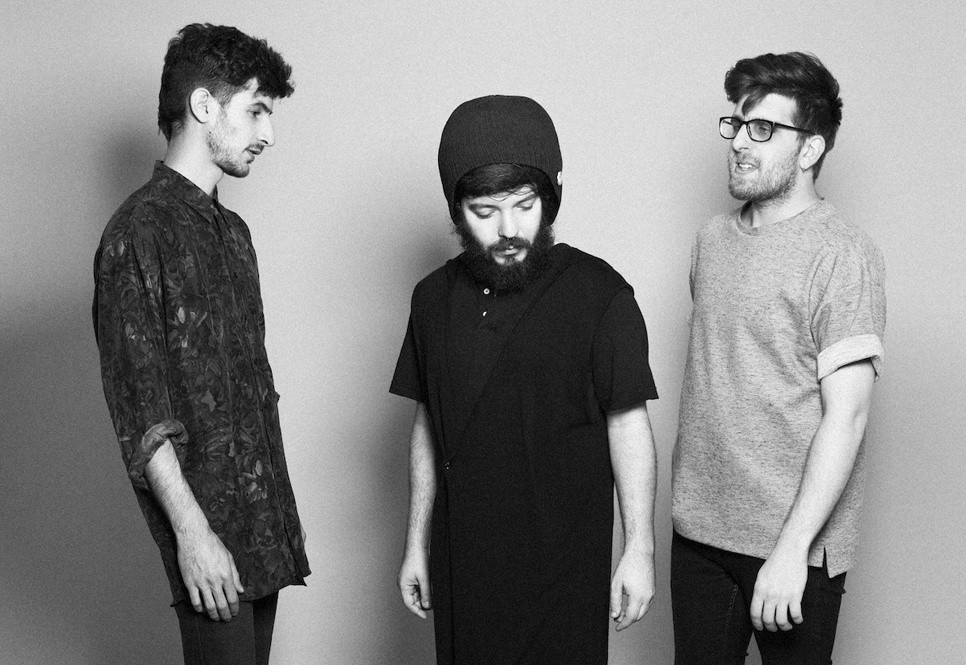 Right from their first EP, Entertainment, Garden City Movement has enticed listeners with their dreamy, electronic music. Since then, they’ve released two more EPs, Bengali Cinema, and last spring’s Modern West. Hailing from Tel Aviv, the band – Roi Avital, Joe Saar, and Johnny Sharoni – have been touring Europe to critical acclaim. They are due to start recording their first full-length album, and they just played for the first time in the US in NYC and LA. Northern Transmissions got to catch up with the band in New York, on the eve of their first show over here. Alice Severin asked Johnny Sharoni about inspiration, responses they get from around the globe, and travelling with musical instruments.

NT: How are you and where are you?

NT: Excellent. Where are you playing tonight?

NT: And this is your first time playing in the States.

NT: When did you get here? What do you think of it?

JS: We got here two days ago and have been having fun, you know, touring, seeing stuff, shopping. What musicians do while they’re on tour. Buy stuff.

NT: Have you bought anything special?

JS: Records. I got my hands on a record that I’ve wanted for a long time.

NT: Great. Where did you go?

JS: I got it from Rough Trade. And we’ve been to Earwax, you know, all this kind of stuff. Just having fun.

NT: Have you been instrument shopping, pedal shopping, anything like that?

JS: No, no, we didn’t have time to do instrument shopping. Because we have like all the gear on our back. We don’t really want to buy more. (laughs) It would be too heavy, you know?

NT: That’s true. You’ve got to fly it around. And after you play tonight, then you’re heading to LA for a couple of shows.

JS: Yeah. And think about how it is. You pass instruments on airplanes, so buying more would be impossible. Every flight is a fight. You’ve got to tell them, yeah, it’s ok, we do it all the time, please let us take the instruments on the plane, we can’t send it, it’s too expensive. Sometimes it works, other times it fails. It works out ok, in the end.

NT: What kind of equipment do you have with you on tour?

NT: Your newest EP that came out in April, Modern West, has been getting a lot of attention and interest, which is great. Do you have a favorite track that you like to play live? You’ve been doing a lot of touring in Europe.

JS: From the last EP? Or from all our stuff?

JS: I think that the track I like to play at all our shows is a track we play only live which is called “When in Rome 78”. It’s not out, it’s only played live, and it’s named after a movie Rome 78 with Lydia Lunch, which is kind of NY, if you think about it. It’s always the last track and the one I like to play most. It’s like a hyper one.

NT: I am going to look for it on YouTube and check it out!

NT: And you’re going to be recording a full length album this winter.

JS: Yeah, when we go back home, we’ll record what I hope will be our debut album.

NT: You’ve released three EPs. What made you decide to do a full length album now?

JS: I think that the first EP went out because we just wanted to start stuff, you know, with the label who signed us and put things out. So we said, ok, we don’t really have lots of time. Let’s do an EP. That’s really what lots of people are doing nowadays. And then the second one, it was just like a natural thing to do after the first one. Like again, we wanted to put stuff out. And then we thought we’re going to record an album, but Vinyl Factory called, and said hey, let’s make an EP together. And then we thought, OK, trilogy of EPs. There’s a musician that I really like. And he had his trilogy of EPs before his first album, and we thought, ok, that could work, it’s a nice idea. So that’s what happened.

NT: Are you still writing songs, or have you pretty much got everything finished that you want to record?

NT: I wanted to ask you about the inspiration behind “My Only Love” from the latest EP. You’ve got a line in there from Shakespeare.

JS: Ok. I never really talk about the inspiration behind songs, but you could take it like two meanings. I won’t say more than that. But you have that romantic side of the Shakespearian line, ok? And you can take even a bit like political vibe out of it. You know, lots of people in the world – when you see situations, countries. And you know where we come from, so. People don’t see that their biggest love will come out of their biggest hate. You know? It’s something that they can’t…they can’t prevent. It can just happen. And when I thought about it, Shakespearian, it’s from Romeo and Juliet, ok that’s a good line that we can use today. It would work. And it did.

NT: You’ve played in so many different countries. Do you think music, like love, breaks boundaries down and brings people together?

JS: I totally believe in it. I totally believe in it, and I think that our music has a different meaning in every place we go to. Because when we went to Moscow, a lot of people like came to the show, and talked about how we did the video for “Move On”. It meant a lot to them, because they have really strict gay laws, and they can’t, you know, show their love. And it meant a lot to them. So when we came, they talked a lot about it. So, you know, in every different place, a different meaning.

NT: That was the video that was shown at the LA Film Festival?

JS: That’s right. It was shown at the LA Film Festival. It even won an MTV Israel award –Video of the Year.

NT: How did you approach making the video? Did you have a vision of what you wanted?

JS: No, the video was created by our friend. We had a nice call from a good friend of ours, Michael Moshonov – he’s a really big actor in Israel. He was living in NY at the time. And he said, ok I have an idea for “Move On”. I didn’t even think we were going to do a video for this particular song, I thought we were going to do something else, but he said leave it, let’s do it for “Move On.” And I said ok. I trust you fully. And then he brought Mayan Toledano, who is like a big star here in NY in the fashion business. She was the art director for the video, and she did an amazing job, and we had like the best video guy from Israel shooting, Lael Utnik. And they just created the video and it was amazing. We just let them do their thing. We trusted them. Because that’s what you do with friends, you trust them.

NT: Absolutely. It’s great to have this network of friends to help you get your vision out there.

JS: Yeah, it’s something you do together. You have your vision and their conceptual vision, and you just let it happen. It’s more natural this way.

NT: You use the vocals in your songs as another instrument. And sampling. Do you go out and sample different sounds?

JS: Yeah, we try to use everything as an instrument. If it’s vocals, if it’s percussion, it could be anything. It could be a radiator, it could be a backgammon board dropped down. It could be everything, you know, that could be found around us. And using vocals as an instrument is something we just like. It’s a main part of our music. We create all the sounds ourselves, we don’t sample anybody. We do lots of outdoor recording, weird stuff, from bicycles to high mountain winds. You check stuff out, and the more you sample, the more you have something to play with. It’s like a lab. You just play with stuff and you like it.

NT: And an album that you return to.

JS: One of my favorite albums of all time would be Jacobites – Robespierre’s Velvet Basement. But that’s just me. We are three in the band, we each have our own inspirations, but that would be mine – it’s an amazing album. 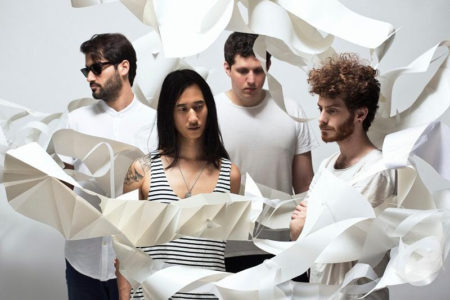 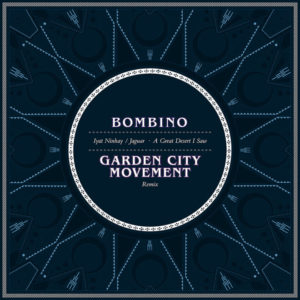 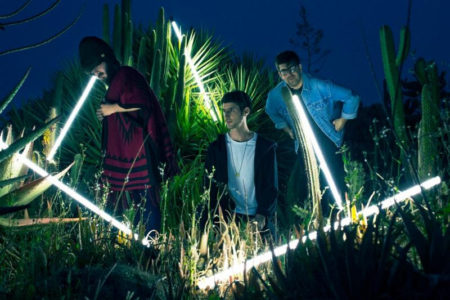 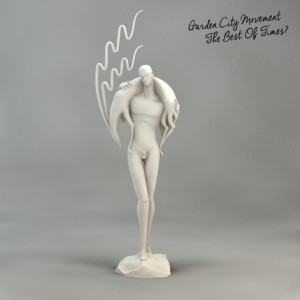