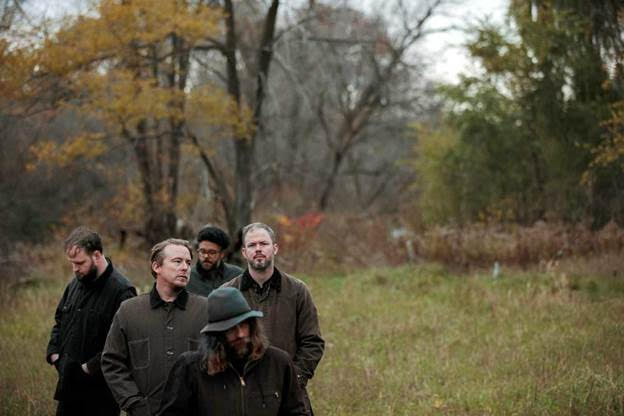 Wintersleep have dropped the lead-track “Surrender,” off their forthcoming full-length In The Land Of, out March 29th via Dine Alone. Wintersleep will play a run of North American dates starting March 20th in Waterloo, ON.

Like all Wintersleep records, In the Land Of encourages thought and introspection. The new record’s title is an incomplete thought, a blank that is filled in across the record with different places, words, and sounds. “A lot of the songs touch on this idea of being a stranger or feeling foreign in all the different landscapes in which the songs took place lyrically,” explains vocalist and guitarist Paul Murphy. “It all relates back to the land,” adds guitarist Tim D’Eon.

Murphy explains that it’s a love song, wrapped up in the relinquishing of control over one’s feelings. It introduces a strain of anti-heroism and fatalism that is present through the record, one that is on some level wrought with existential worry. Campbell frames it as “the struggle that lots of people go through: of meaning, purpose. Are you happy? Are you doing the right things for yourself?”

“The average Canadian carries around with them in their head a vision of spaciousness.” So theorized Canadian composer R. Murray Schafer, describing a so-called ‘Canadian sound.’ For Schafer and many others, it was a sound defined by space, by the land and our distance from and proximity to it. For Harry Freedman, it was “gaunt” and “lonely.” Elaine Keillor called it “immense, empty, mysterious, harsh, indifferent, producing a response of awe mingled with terror and an intense sense of spiritual loneliness.”