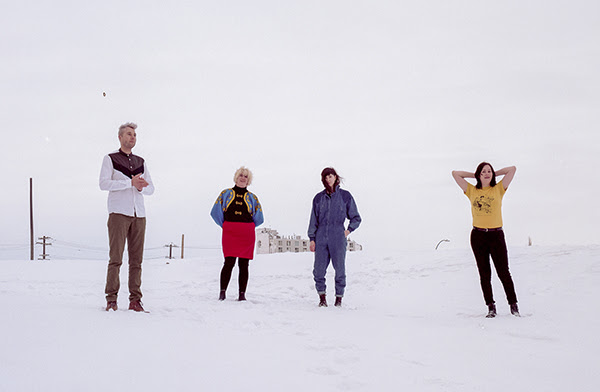 Edmonton, Alberta quartet Wares, have announced their new album Survival, will be released via Mint Records on April 24th. Along with the news the band have shared lead-single “Surrender into Waiting Arms.” According to Wares’ singer and guitarist, Cassia Hardy, “”Surrender into Waiting Arms” is a song about consent and safe sex. After years of hard work processing trauma and thawing from self isolation, it’s the profound joy of building complete trust in your partner, and in a relationship built on respect and good communication. ‘Survival’ is the story of recovery as a non linear path of healing and disruption. The narrator in this song, at the midpoint of the album, finds freedom in safe, sane, and consensual love.

The songs on this album are really personal to my journey,” she concludes. “The worlds inside it are about carving out an identity and learning acceptance so you can join a community for a better world. Finding people and opening your heart to companionship, love, and vulnerability is the real deal. I just want to reach people wherever I can.”