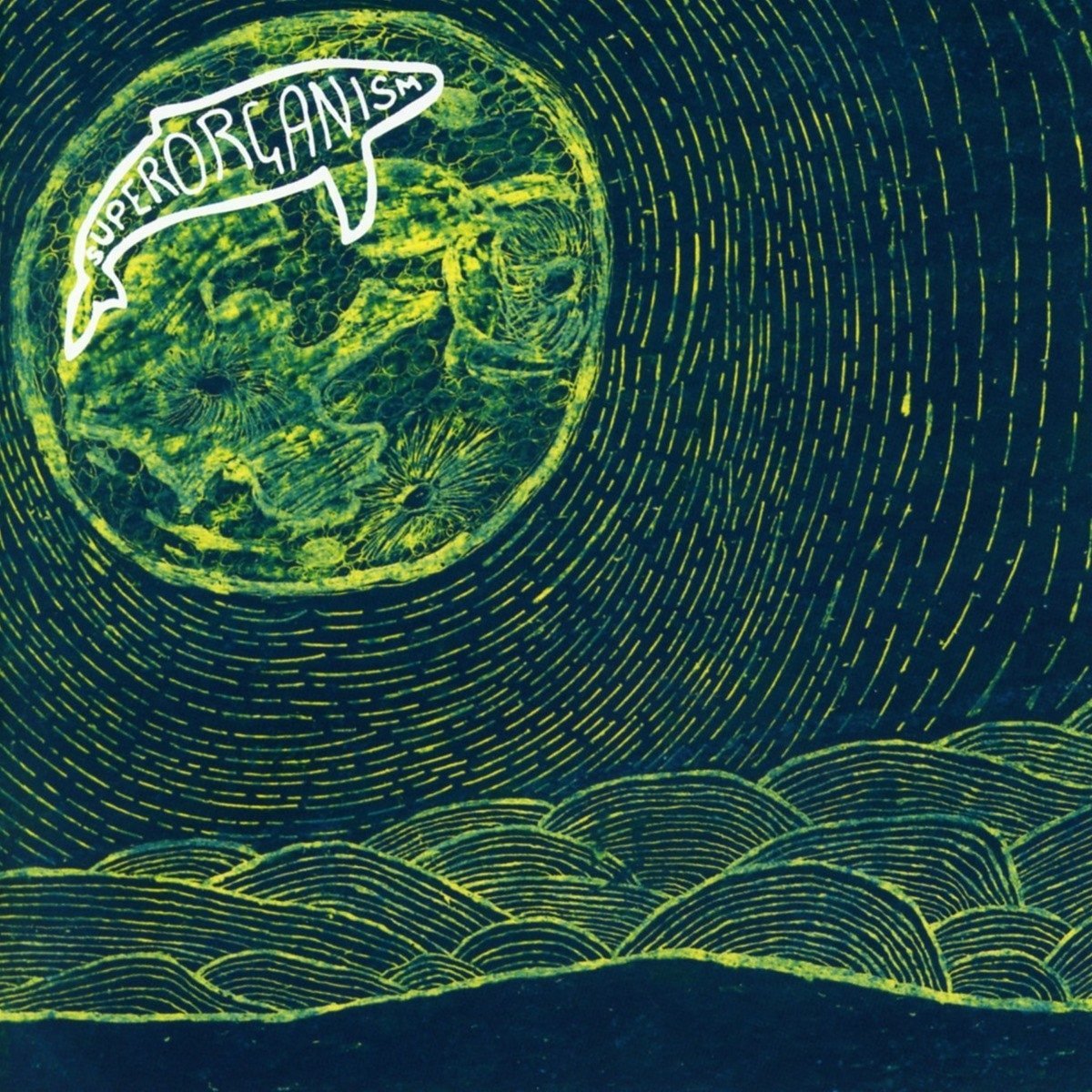 When’s the last time you truly heard something that inspired awe, let alone made you think it was ahead of its time? Superorganism kicks down the door on their debut album, reaching a level of ambition and finesse that even great bands might not hit in their entire career. Well ahead of its time in terms of sound and the overall cinematic production, the whole record feels like the sonic equivalent to a movie. While it will take years to see how this album holds up, it feels revolutionary in its balance of boundary pushing and addictive pop.

To let everyone know exactly the brand of funky rock they bring, “It’s All Good” starts off Superorganism’s debut with a Weaves-like quirk filtered through intergalactic psychedelia. The overarching sense of wonder and ecstasy they cram into such a tight song really doesn’t even begin to describe the record however. Their cinematically detailed soundscapes continue on “Everybody Wants To Be Famous” as they layer their dance bass with endless samples. Superorganism also make very clear after only two tracks of the record that their songs can be heavily pop-driven while never feeling predictable in the slightest.

The warped journey of “Nobody Cares” sneaks in a surprisingly personal story amongst its trippy production and grooves. The sense of space that the band shifts around throughout the song never loses the song’s spirit and instead makes it a trip to follow along with. Their clear single comes through on “Reflections On The Screen” as a bouncy disco bass rumbles below the track and bird fly on top. Though the track is much simpler than other songs on the record, it’s also the most invigorating and easy to listen to.

“SPRORGNSM” punches with off-kilter hooks and a spacey-funk that recalls to the strange sensibilities of early Nickelodeon programming. Through their explosive writing and boundless sonic experimentation, the song makes you feel like you’re slowly watching a story go from mundane to ridiculously spectacular. While “Something For Your M.I.N.D.” slows things down for a more human story, the band’s surrealistic storytelling makes it equally engaging. Like so many songs on the album, the band’s fearlessness to stop the track completely, use panning dynamically and generally shake listeners gives the band a unique sound.

The watery trudge of “Nai’s March” brings more Japanese influence into a dreamy synth-pop song. Regardless of the frantic bursts of bass and catchy vocals, it’s when the band take us through a world with only sound that the album defines itself. The sultry delivery of “The Prawn Song” subverts the heavenly tones of the rest of the album, and bring a lot more grit and darkness to their sound. While the sounds often serve as an extra layer to every song, they truly feel like they turn the song into something between audio and a music video.

“Relax” finds Superorganism at their perfect mix of unbelievable audio and moving pop, creating a song that is equal parts mesmerizing and intoxicating. The band’s synergy with their samples elevates the song as it seemingly turns the world into their instrument. The layered sounds of “Night Time” turn its primitive hip hop into a soaring synth anthem. While its writing is quite straightforward for the album, it allows them to tell more of a story in the background and let their explosive final vocals really burst.