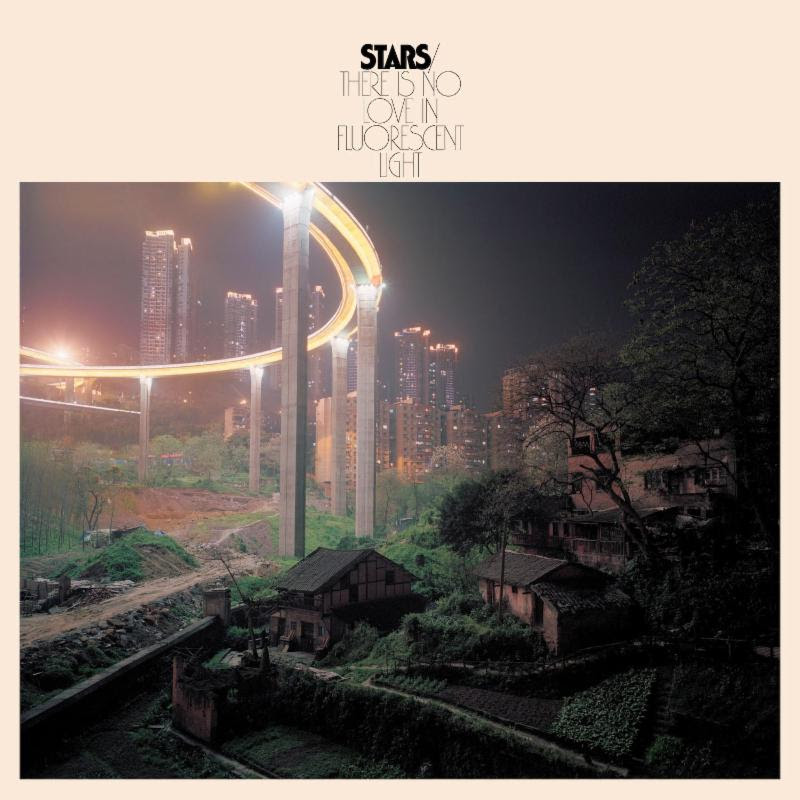 Yesterday, Montreal band Stars, released their latest single “Real Thing”. Today they are sharing cover artwork and tracklist of their forthcoming new album, There Is No Love In Fluorescent Light, set for release October 13th, 2017 via Last Gang Records / eOne. Stars also announced a handful of select live dates for November — with multiple nights in Brooklyn, New York, and Toronto — that are on sale today. Stars partnered with Plus 1 and Native Women’s Shelter of Montreal/Foyer Pour Femmes so that $1 from every ticket goes towards providing indigenous women and their children a safe and supportive environment through the Native Women’s Shelter of Montreal.

The album, recorded in Montreal and Connecticut with producer Peter Katis (The National, Japandroids, Jonsi), marks the first time the band relinquished creative control to another, outside the band. “This record seemed to have an undeniable momentum from the start,” says Katis. He adds, “Even my being turned away by Canadian border police for the second round of tracking couldn’t slow us down. Stars is a complex organism with a long history. They are a combination of personalities simultaneously in conflict and harmony, ultimately coming together to make a really cool record. It feels fresh and new to me. I’m really proud of what we did. Bon travail a tous!”

Stars
There Is No Love In Fluorescent Light
tracklist: