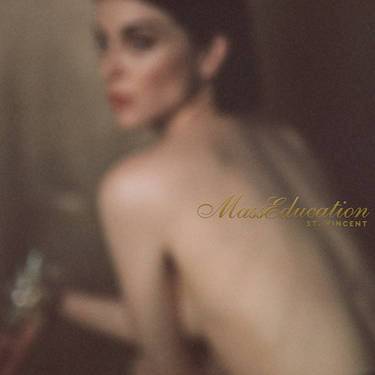 St. Vincent has always been one to push boundaries, and even for an acoustic album she makes something borderline art-rock again. By harkening back to tones from Marry Me with her modern writing, there’s a new hunger and constant twisting in St. Vincent’s writing. Unfortunately it’s the tracks that fall into simple redo’s that leave the album feeling like a mixed but often impressive bag.

Two of the most notable things listening to all these songs stripped down to vocals and simple instrumentation, is how amazing Annie Clark’s vocals still are after all this time, and more, all the extra emotion that was buried in her effects. Even the upbeat banger “Slow Disco” has a surprising sadness in this tender delivery. “Savior” however has an even more sinister feeling to it, with an atypical piano muting really making the song feel all the more creepy. With the sporadic delivery and mix of “Masseduction” the song is unnervingly intimate, and while it loses some of its dynamics, there’s a great flow within all the piano and transitions.

Speaking of transitions, St. Vincent makes a great effort to keep the album as a constantly moving piece, letting a sliding string or strange note guide you right along to the next track. “Sugarboy” is unusually sprawling and musical-esque, as its bright piano takes on a shape we rarely see in modern piano records or any album for that matter. Without the dynamic breadth and other aesthetics of her original piece, “Fear The Future” is still startling but just doesn’t feel quite as strong or different. Luckily St. Vincent returns with a gusto to “Smoking Section” to turn this slightly less distinct track into something that highlights all its deeply troubled lyrics for the best.

“Los Ageless” is so stirring from its brilliant writing, it’s just as shocking to feel its wallop of a chorus stripped down as it is truly moving. What’s more is the sheer groove that the verses have in this version, as St. Vincent really growls and turns her voice into a demented tool. While it’s easy to argue that “New York” was virtually acoustic to start, it stands as one of the most beautiful of the record, and one that feels happily at home in this record, and one that Clark still tries to give new life to. Once it hits a big swing of keys, “Young Lover” steps into its own, and lets its emotion carry it into goose-bump-inducing final moments.

By “Happy Birthday, Johnny” there definitely feels like there needs to more going on at the very least in terms of sonic or volume range, as the story is so intense that it’s a little underserved in a straightforward format. Though it’s fun to hear “Pills” taken into a new light, especially with all the vocal affectations and piano hooks that St. Vincent brings out, it rarely feels like its own piece compared to others. Even “Hang On Me” does end up feeling like more a sweet retooling of the original piece, but one that goes exactly where you’d expect.