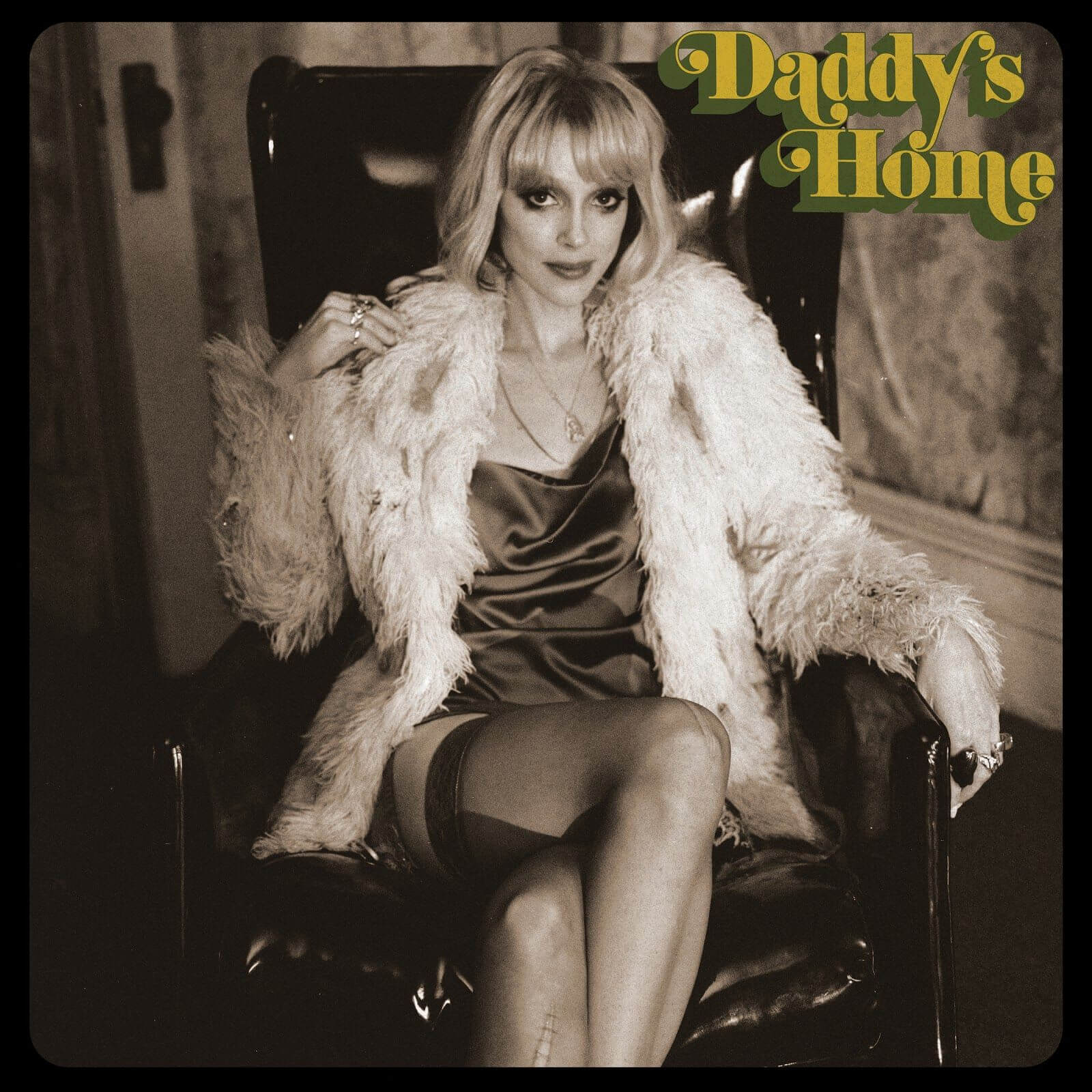 Annie Clark’s sixth album as St. Vincent, Daddy’s Home, takes inspiration from her father’s release from prison. In 2019, he finished a 12-year sentence for manipulating stocks. The album plays like a cautionary tale for herself: realizing she and her father share similar personalities and interests, she confronts the question: is she destined for the same fate?

On Daddy’s Home, Clark challenges the type of moral purity that’s so eager to pounce on people’s first, slightest mistake. Such scrutinizing morality, which holds everyone under a microscope, leaves no room for empathy or personal growth. “There’s a lot of people here who want to do you harm,” she warns on the soft focus “Live in the Dream.”

The mood of Daddy’s Home draws from the grit and grime of early-to-mid-1970s New York. Most of the 14 songs are weary. Electric sitar adds a psychedelic patina. The album’s glow flickers like worn neon signs the run-down narrators straggle past.

On Daddy’s Home, Clark hits back at the hyper-critical eye of today’s new moral purity. Just because someone’s going through difficulties doesn’t mean they aren’t worthy of respect. This message is clear on songs like “Pay Your Way in Pain,” a sedated funk jam in the vein of Prince or David Bowie. Over a staggered synth shuffle, she illustrates the fact that all too often, people must choose between dignity and survival.

Clark’s often most striking when she slows the tempo. The majority of Daddy’s Home moves at this speed. The dazed “Down and Out Downtown” emulates its narrator, who drags herself home after an all-night bender: “Last night’s heels / On the morning train / It’s a long way back downtown.” Woozy keys, acoustic guitar, and little else dress the title-track, a song about taking her father home from prison. “I sign autographs in the visitation room / Waiting for you the last time, inmate 502,” she sings. She manages to see the humour in the absurd situation, then ponders, “Hell, where can you run when the outlaw’s inside of you?” Her anxiety flares again on the dreamlike “The Laughing Man”: “If life’s a joke, I’m dying laughing.”

Daddy’s Home also shines with throwback takes like “My Baby Wants a Baby,” which features doo-wop backing harmonies, and “… At the Holiday Party.” The latter goes down easily with gentle hand percussion and brass, as well as a soulful outro chorus, all of which belie the struggle beneath the surface: “Pills and jewels and speed / … / You hide behind these things / So no one sees you not getting / Not getting what you need / You can’t hide from me.”

With few pick-me-ups besides “Pay Your Way in Pain” and “Down” (not to be confused with “Down and Out Downtown”), though, Daddy’s Home can lull at times. The airy, straightforward “Somebody Like Me” is beautiful, but its delicate finger-picked guitar, pedal steel adornments, and pattering drums sound like Wilco at their least adventurous. But the song stands out for reflecting one of the album’s major themes, unconditional love: “Doesn’t make you an angel or some kind of freak to believe in somebody like me.”

Daddy’s Home is as revealing as Clark has ever been about her family life. The album is also a broad criticism of the unfair moral standards society holds people to. Between those extremes, Daddy’s Home indicts the American justice system. It, too, holds people — namely Black and Latino people — to unfair standards. Clark reminds listeners that incarceration isn’t a story unique to her family. Many prisoners don’t get to walk free like her father has. Her family is happy to have him back, but as she shows on Daddy’s Home, such reunions can be an emotional process. But those feelings are nothing to run away from, and Annie Clark is facing them head on.