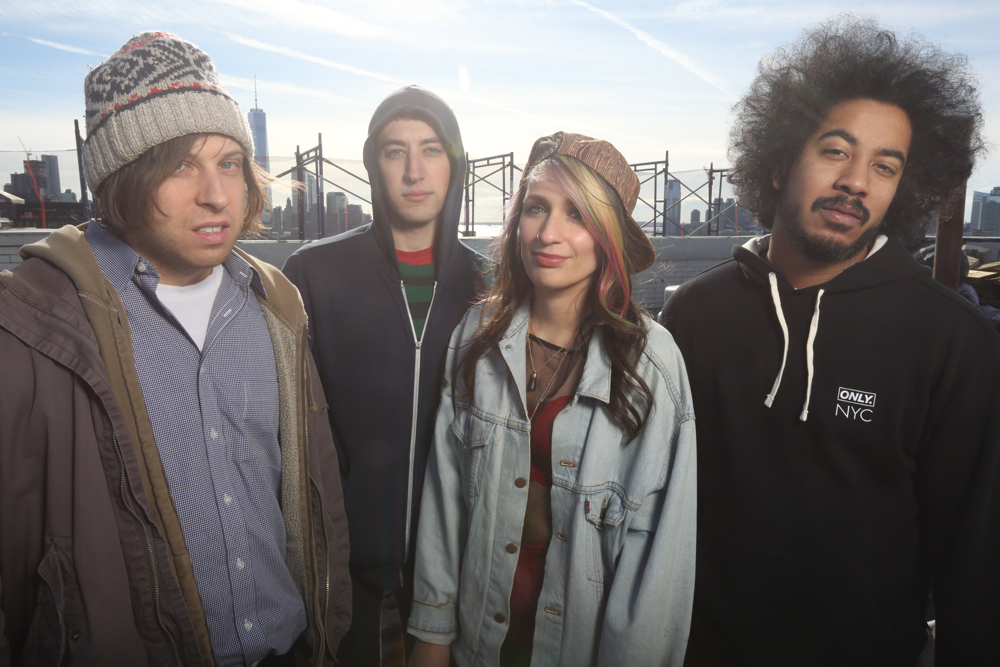 Today, Philadelphia’s Hop Along and Boston’s Speedy Ortiz announce a national co-headline tour throughout May as well as festival appearances at Waking Windows, Shaky Knees and Sasquatch!. The bands will be swapping performance slots every night of the tour which kicks off May 6th at Waking Windows Festival and wraps up May 27-29 at Sasquatch!. The combination of these bands, both known for their devastating and raw live shows, will be a force to be reckoned with.

Speedy Ortiz’ Foil Deer, released last April via Carpark Records, lends a more polished sound and a pop sensibility that stands out to long time fans and new converts alike. Fronted by Sadie Dupuis, and including Mike Falcone on drums, Darl Ferm on bass, and Devin McKnight of Grass is Green on guitar, the group have spent the last year on an almost endless cross-continental touring jag, tagging along with the likes of The Breeders, Stephen Malkmus & the Jicks, and Thurston Moore.

Hop Along have been touring endlessly since the release of their sophomore album Painted Shut last year on Saddle Creek. Featuring Frances Quinlan on vocals and guitar, Mark Quinlan on drums, Tyler Long on bass and Joe Reinhart on guitar. The album has been described as, containing Captivating stories of desperation and weary awakening are highlighted by fuzzed out grunge guitar riffs and Quinlan’s trademark howl.