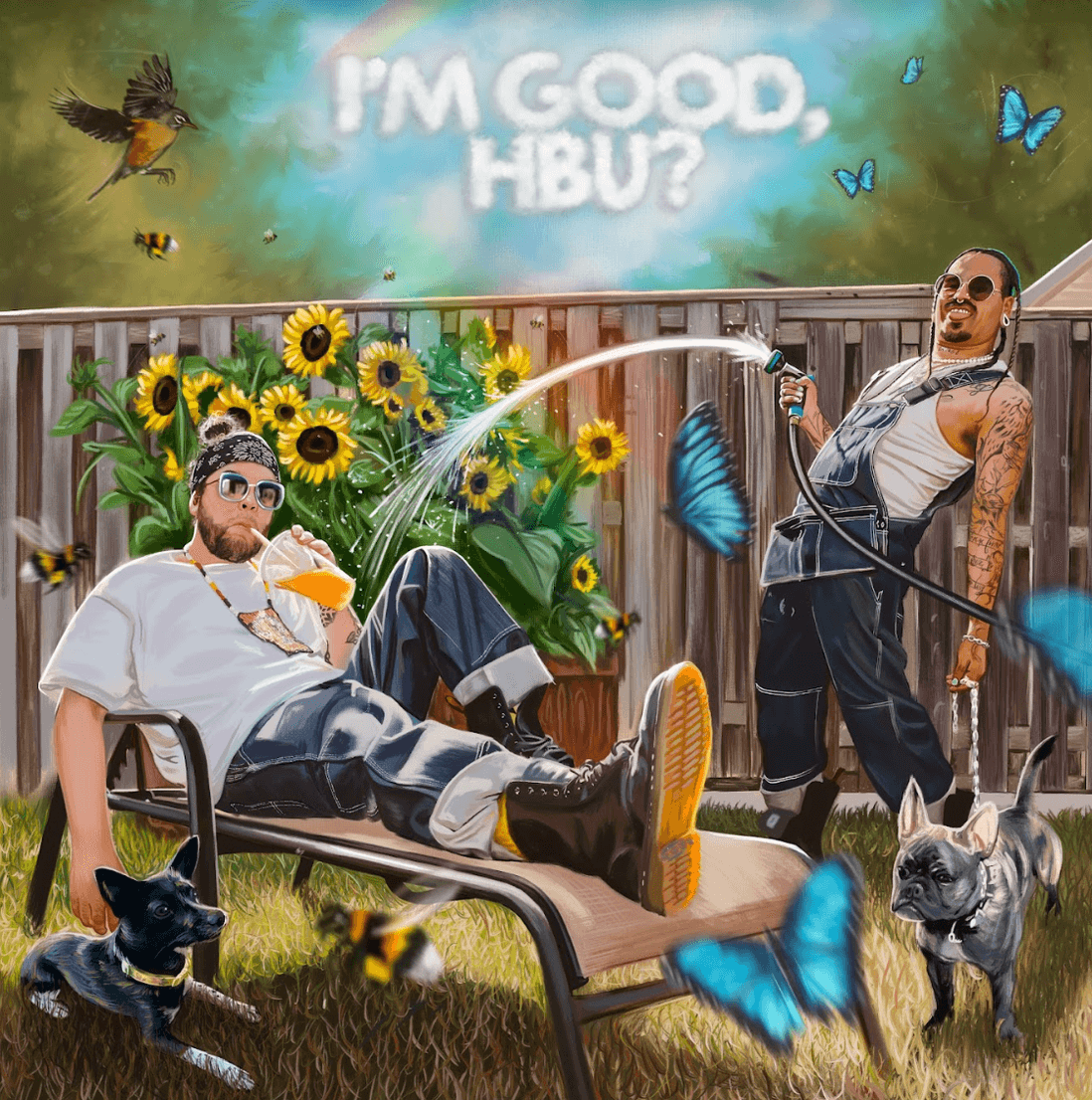 Snotty Nose Rez Kids (SNRK) are no longer kids, but accomplished men in the Canadian hip hop world and they want you to know it on their latest release, I’M GOOD, HBU. Hitting the mics hard with the raucous “I’M GOOD,” the MC First Nations duo, made up of Darren “Young D” Metz and Quinton “Yung Trybez” Nyce, is somewhat responsible for popularizing Canadian Indigenous rap in the mid-aughts and it seems like everyone has taken notice and the duo is now finally reaping the rewards.

At least, that’s what it sounds like on “TRENDSETTER,” which sees the duo feeling over the moon about being recognized or being able to now be Google’d.

SNRK have had a truly game-changing few years, seeing their third Polaris Music Prize ShortList placement, adding three new Western Canadian Music Awards to their shelves, and a JUNO nomination, not to mention their first ever North American tour which saw them play over 80 dates.

What separates this duo from their peers I think is the blending of poignant race and environmental issues and hilarious one liners that make you stop the track just to for a re-listen and chuckle. One in particular comes in “HOT PLANET,” with “I’m hotter than the grease, when my grandma makes the bannock.” This track at first glance just sounds like it’s about a hot day, but you soon realize it’s about global warming. It’s hot as hell out and there should be panic and SNRK are pissed no one is.

I”M GOOD, HBU is a great album, but the one song that stands above the rest has to be “DAMN RIGHT.” Starting with a ghastly haunting reverb-drenched guitar riff, the song expands into a full-fledged verbal attack with top-notch production; the kind of which we’ve come to expect from the acclaimed hip-hop group. It’s a vibe reminiscent of someone like Run The Jewels, but also very much a song that could only come from SNRK—guys who have grinded for almost seven years and faced the odds.

SNRK are no longer just an Indigenous rap duo, but a duo that stands up with the best of them. They are blazing their own path and no one can stop them—weaving together a musical fabric of hard-hitting lyricism, revealing stories about the struggles they and their people have encountered, empowering protest songs for future run ins, and humour that allows even the heaviest of topics to be something you can dance to. 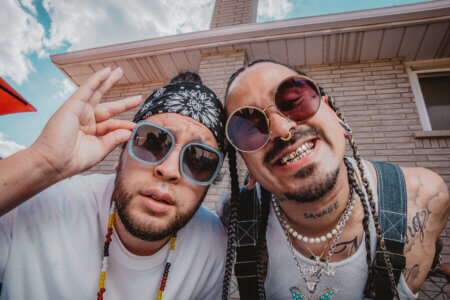