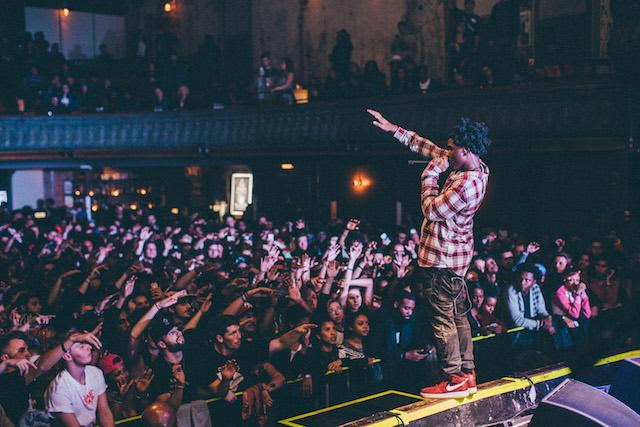 Hip-hop’s Smino, recently treated a crowd to the premiere of his new track “blkswn” live at Thalia Hall during Red Bull Sound Select Presents: A Quest for Love Tour with Mick Jenkins in October. Now, the St. Louis native is excited to share a full video from the live performance as part of Red Bull’s 20 Before 17 series, celebrating the year in music with 20 exclusive tracks, videos, lectures and more from 40+ artists.

Produced by Sango, Smino’s track “blkswn” was written and recorded at Red Bull Studios in Los Angeles over three straight days of sessions in collaboration with Red Bull Sound Select. Smino was raised in St. Louis but has been making a name for himself in Chicago’s rap scene. Born into a musical family, with a blues bass legend for a Grandfather, Smino’s parents taught him the drums at age seven and shortly after he began rapping, emulating an older cousin who was an MC. As a teenager he began producing and then headed off to college in Chicago. After a few years of shuttling between the two cities, Smino returned to Chicago, connected with 20 year old producer Monte Booker and saw his vision snap into focus. Together with Booker they created the Zero Fatigue crew – a collective of artists, singers and rappers who are pushing boundaries while favoring a more organic and melodic sound. Booker and Smino are currently hard at work on Smino’s debut album.