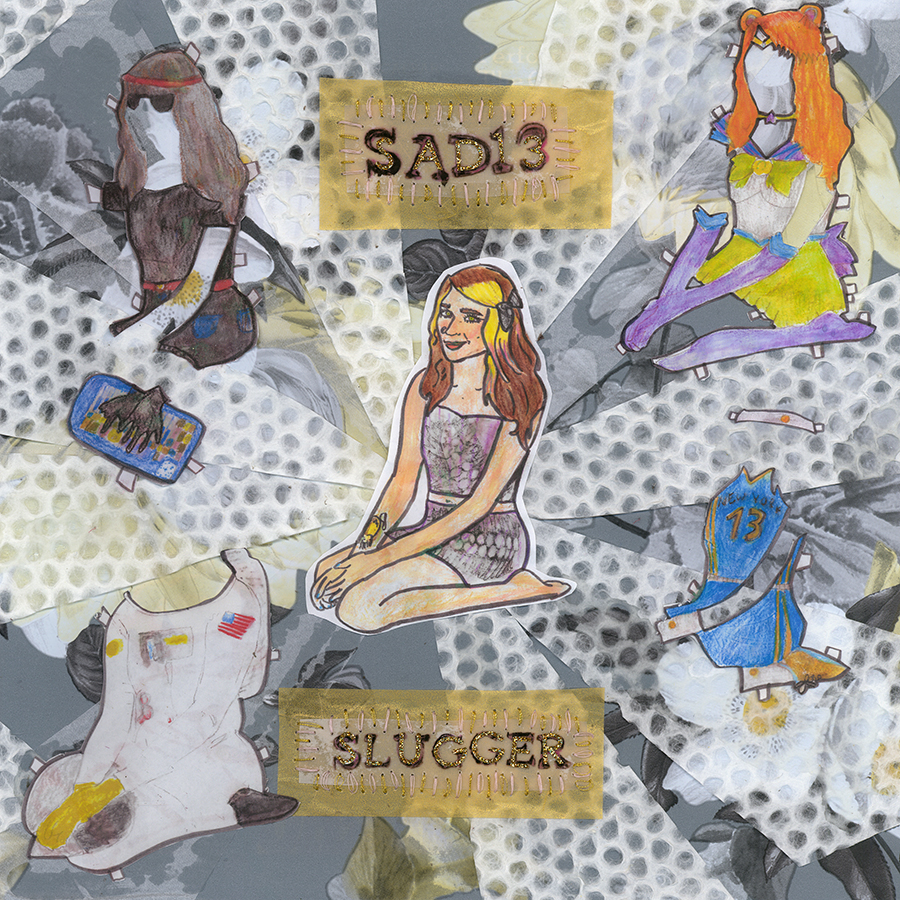 Sadie Dupuis of Speedy Oritz has turned to the age-old inspiration of a bad breakup for her debut foray into solo artist territory as SAD13. And while her more band oriented output has mined 90s indie rock and alternative for its musical inspiration, on Slugger Dupuis has seemingly turned to many of the other sounds that were popular during that decade, including bubbly electronic pop and Beatlesque indie pop. There’s even a brief rap cameo by producer Sammus. The combination of ornate melodies and angsty, humbly sardonic lyrics instantly recalls the general milieu of both indie and pop music circa 1998. Although this pastiche occasionally dredges up some of the more cloying and inconsequential aspects of that bygone era, Dupuis has a way of jarring the listener out of the sweetness with a disarmingly honest and direct turn of phrase.

Overall, Slugger melodically recalls what a Pavement or Elliott Smith record might have sounded like had it been recorded in 2016 on digital equipment. But there are also nods to the more mainstream sounds of the 90s- hits by Len, Garbage, Britney Spears and Smash Mouth come to mind. Of course, this was the bubblegum music of the period, and perhaps the fun of this record is hearing this familiar and radio friendly approach to production repurposed with an intelligent and self-aware literary bent. On the other hand, sometimes the glossy shininess of Slugger reminds me of desperately reaching for the car radio tuner in order to avoid hearing some annoyingly disposable mega-hit for the trillionth time.

The record’s true strong point lies in the lyrics, which absolutely do bring it closer to clever pastiche than irritating nostalgia trip. The aforementioned breakup which informs the lyrical content of Slugger is analyzed with a refreshing lack of sentimentality, and is instead generalized and explored from a clear headed perspective that is at times both affecting and crudely funny.

“Get A Yes” in particular is a pertinent and simply stated affirmation of the necessity of consent, with Dupuis singing the lines “I say yes to the dress when I put it on / I say yes if I want you to take it off / I say yes for your touch when I need your touch / I say yes if I want to / If you want to, you’ve gotta get a yes.” Similarly, the opening lines of Coming into Powers bluntly address inherited privilege: “F*** you, pay me what you owe / I sweat harder than those who got handed money cuz their birth was landed.”

Truly, the one liners are plentiful, and a few pop up arrestingly in almost every song on Slugger. Lines like “A wonderland of narcotics/ That’s our love, if I’m being honest” on “Fixina” turn the sunniness of the album’s production on its head and make for some welcome complication. So, while the affectations that are being resuscitated on Slugger may not be obviously welcome, there is a depth to these tightly wound pop songs that makes the record appealing given repeated listens.