Native New York resident and LA-transplant Skullcrusher (aka Helen Ballentine) certainly didn’t expect the rapturous international acclaim from her debut eponymous EP, which dropped last summer. Suffice to say, the experience of her rapidly swelling fan base and music critics commenting and construing her songs was a bit of a mindfuck.

“These are words I wrote down in my room, and I didn’t think people would listen to them at all,” reflects Ballentine “But when people are suddenly interpreting them, you think, ‘Fuck, I shouldn’t have even released this.’” The artist’s second EP ‘Storm in Summer’ is her way of coming to terms with this new found attention.

The EP’s title track is synonymous with the way Ballentine was feeling at the time of ‘Skullcrusher’ coming out; coalesced via glistening banjo trills, shuffling drums and a flourish of strings, it conveys a low-key grandiosity as our protagonist attempts to convey the peculiar position she’s suddenly been air-dropped into. Rationalising that the “storm” is the hubbub around her primary release, Ballentine elegantly repeats “I wish you could see me/start the storm” as if to infer she’d love it for others to understand this unique situation she’s in. Other titbits such as “how did I end up here with my old lines on your page” hint at her own lyrics taking on a new meaning to the newly adopted listeners. ‘Steps’ the preceding song, illustrates Ballentine’s unease at all the attention that’s recently been generated “wanting someone to be there/also wanting no-one to ask how I feel” perfectly encapsulates the notion of wanting to be noticed but at an arm’s length. Sonically ‘Steps’ is embellished with a rawness, as you hear fingertips lightly screeching on acoustic guitar strings, while a banjo helps build a gentle head of steam. The same unfiltered, bare-boned approach is utilised in ‘Windshield’ ‘Storm in Summer’s opening track. Even with its pockets of evangelical hues, attributed to Ballentine’s angelic tones and a steady rush of sound, there’s still a stripped back quality to the EP’s curtain opener. ‘Song for Nick Drake’ alternatively, carries a lighter, waif like persona. Its composition is still minimal but a delicate harpsichord and use of brass gives the song something bordering on ethereal. ‘Prefer’, the EP’s closing track, shimmers with penchant for the melancholic, as Ballentine whispers “I prefer the rain in summer” while a gentle reverberation mimics the flutter of bird wings. As the song progresses and eventually comes to a slow finale, the assorted instrumentation closely resembles low-key nocturnal electronica, such is the song’s otherworldly quality.

‘Storm in Summer’ is a beautifully constructed EP, one that conveys a sonic and lyrical intimacy as well as flexing an innovative bent when it comes to the soundscapes on display. One thing is for sure, critical acclaim and international attention won’t be going anywhere if Skullcrusher carries on releasing such wonderful music.

Order Storm in Sumer by Skullcrusher via Secretly Canadian HERE 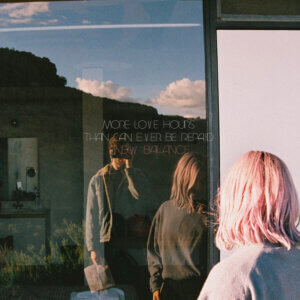 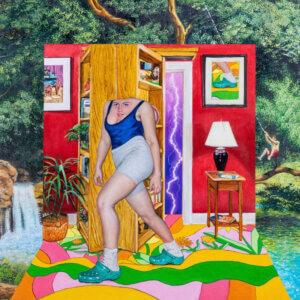