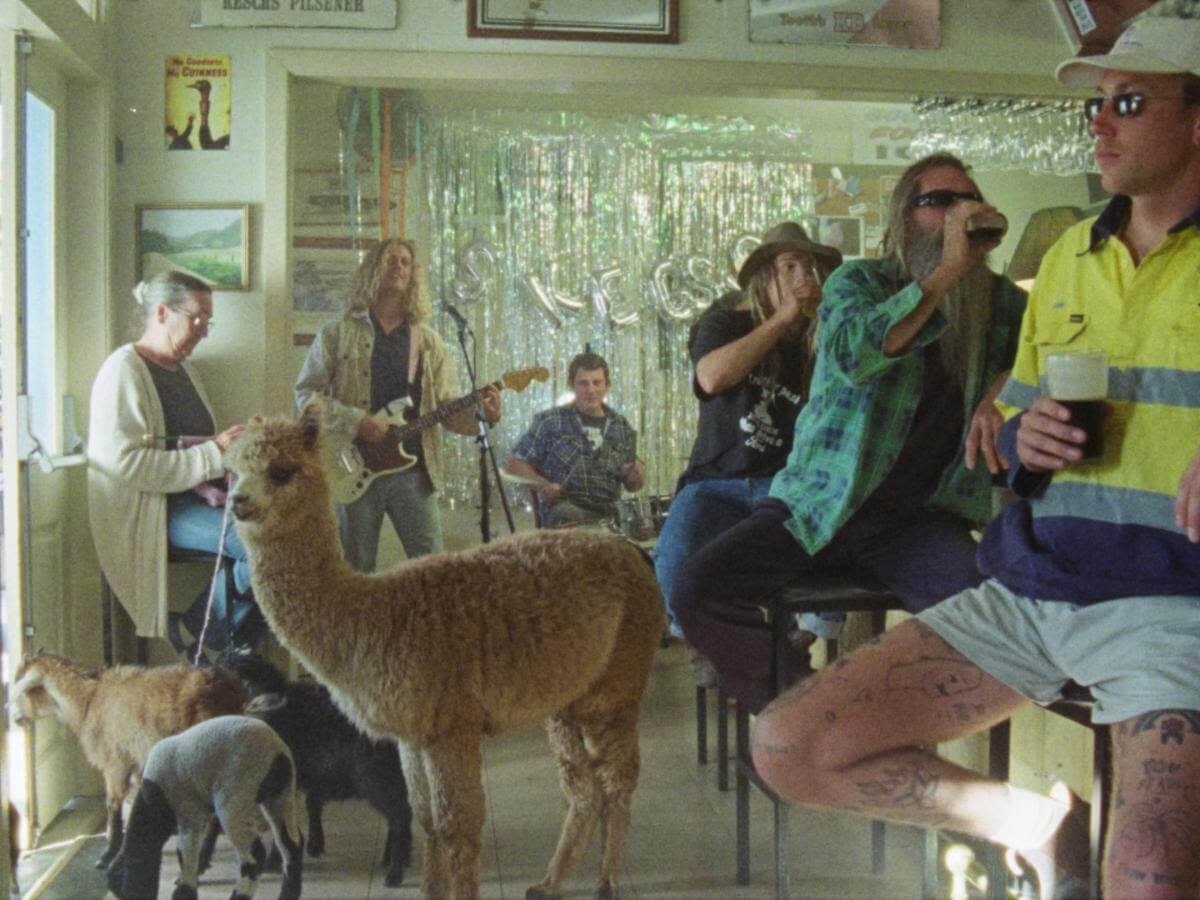 Skegss have released a new video for their current single “Fantasising.” The track was produced by Catherine Marks (Manchester Orchestra, PJ Harvey, The Killers). The video finds the band playing an intimate dive bar run amok with alpacas, snakes, goats, and dogs. Singer/guitarist Ben Reed, joined by bassist Toby Cregan and drummer Jonny Lani. “Fantasising” is out now via Loma Vista Recordings and follows their June single “Under the Under.”

“The Aussie pub, a quintessential drinking hole. Furnished with every walk of life as you drift further off the beaten track,” explains Neville. “Bands have been burning through Australian pubs since the 1970s. Some gigs better than others. Join SKEGSS for an ice cold schooner as they wander into one of their more baffling gigs. The beer was ice cold, the locals eventually warmed up.”

Formed in 2014, Skegss first charmed listeners with their dizzyingly energetic live shows and a series of EPs before releasing their debut album, My Own Mess. 2019 saw Skegss sign with Loma Vista Recordings and play their biggest U.S. shows ever, including a sold-out show at LA’s El Rey Theatre. The band also ascended from club gigs to nearly 6,000 capacity venues in Australia, in addition to making stops at the Yours and Owls Festival and Good Things Festival.