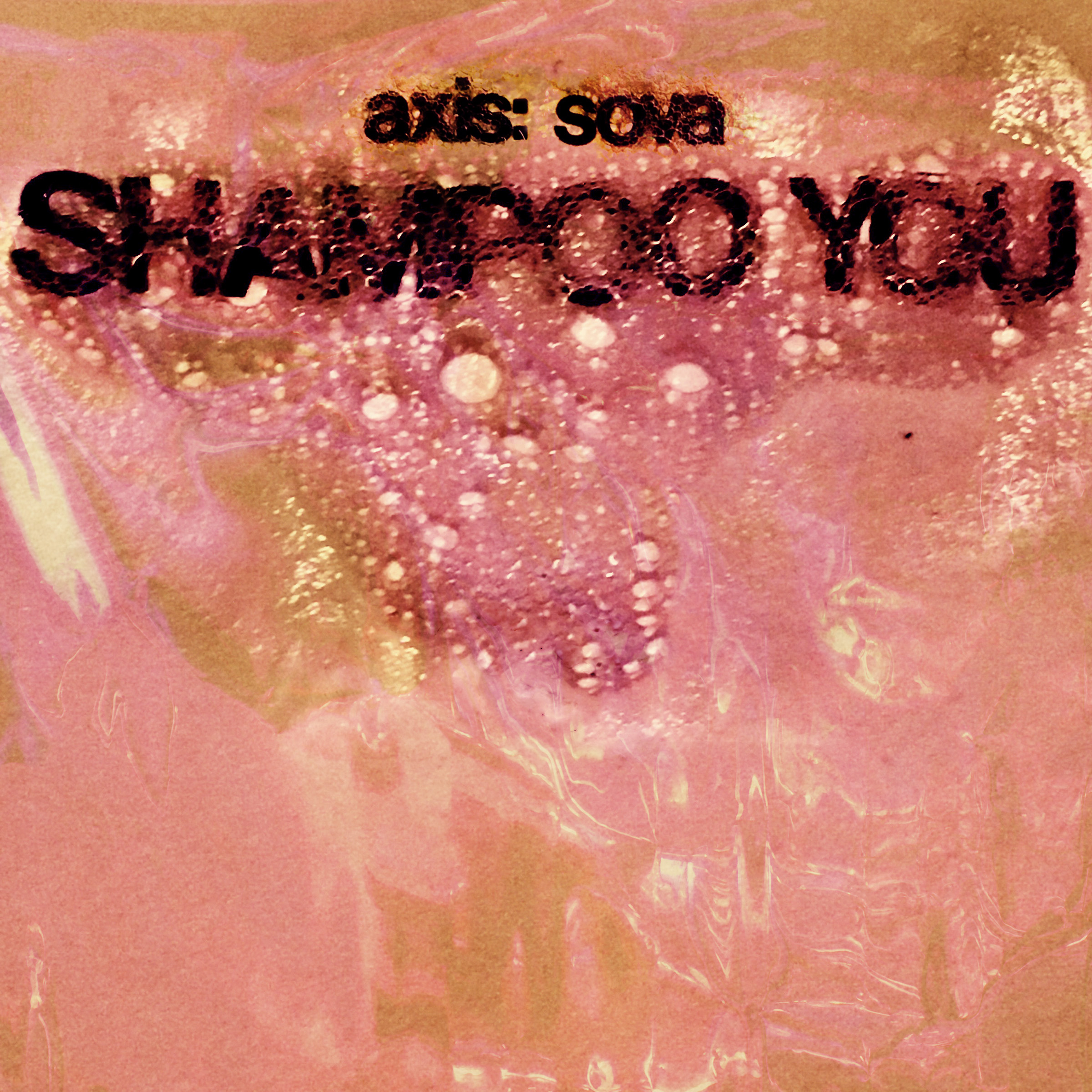 ‘Shampoo You’, the new record by Axis: Sova, is the first album to be birthed via a group mentality; whereas previous releases had been helmed by Brett Sova, this time he’s joined by the two cohorts Tim Kaiser and Jeremy Freeze. It probably doesn’t come as a shock to know Sova’s third LP comes out via Ty Segall’s God? Records imprint; this is an album anchored on fuzzy garage rock with a decent helping of psych-trippiness and some classic rock-style wig outs heaped in for good measure.

There’s a thread of self-discovery and a feeling of an inward guise on ‘Shampoo You’; with a steely but loose determination ‘New Disguise’ writhes and wriggles with a jerky groove and some ultra-tight drums patterns. Sova can be heard declaring “I just kicked delusion from my life/I need a new disguise” like someone looking to wipe their own slate clean. ‘Dodger’ is where the three-piece breeze into the hazier, looser end of the rock spectrum. Cosmic sounds waft in and out, while scuzzy guitar lines twirl around slow, hypnotic drum loops. Through the fug Sova mutters “I can’t change who I am just because you ask me to” as if to reply to an unnamed person who’s questioning the lead man’s personality traits. With a spaced-out refrain that soonsignals impending menace, ‘Shock Recognition’ feels like it’s held on a tight leash, as the record’s frazzled garage rock is only allowed to poke out through the cracks sporadically, while Sova can be found in a reflective but downtrodden mood “sometimes you feel like you/sometimes you just feel used”. Album closer ‘Same Person Twice’ strips away all the ramshackle appeal of the six tracks prior, for a pensive shimmer that pivots on the notion of feeling disconnected and the need for self-reinvention.

For those that love their garage rock fuzzy, ‘Shampoo You’ promises a rich, foamy lather and one you’ll mostlikely want to rinse and repeat several times over.