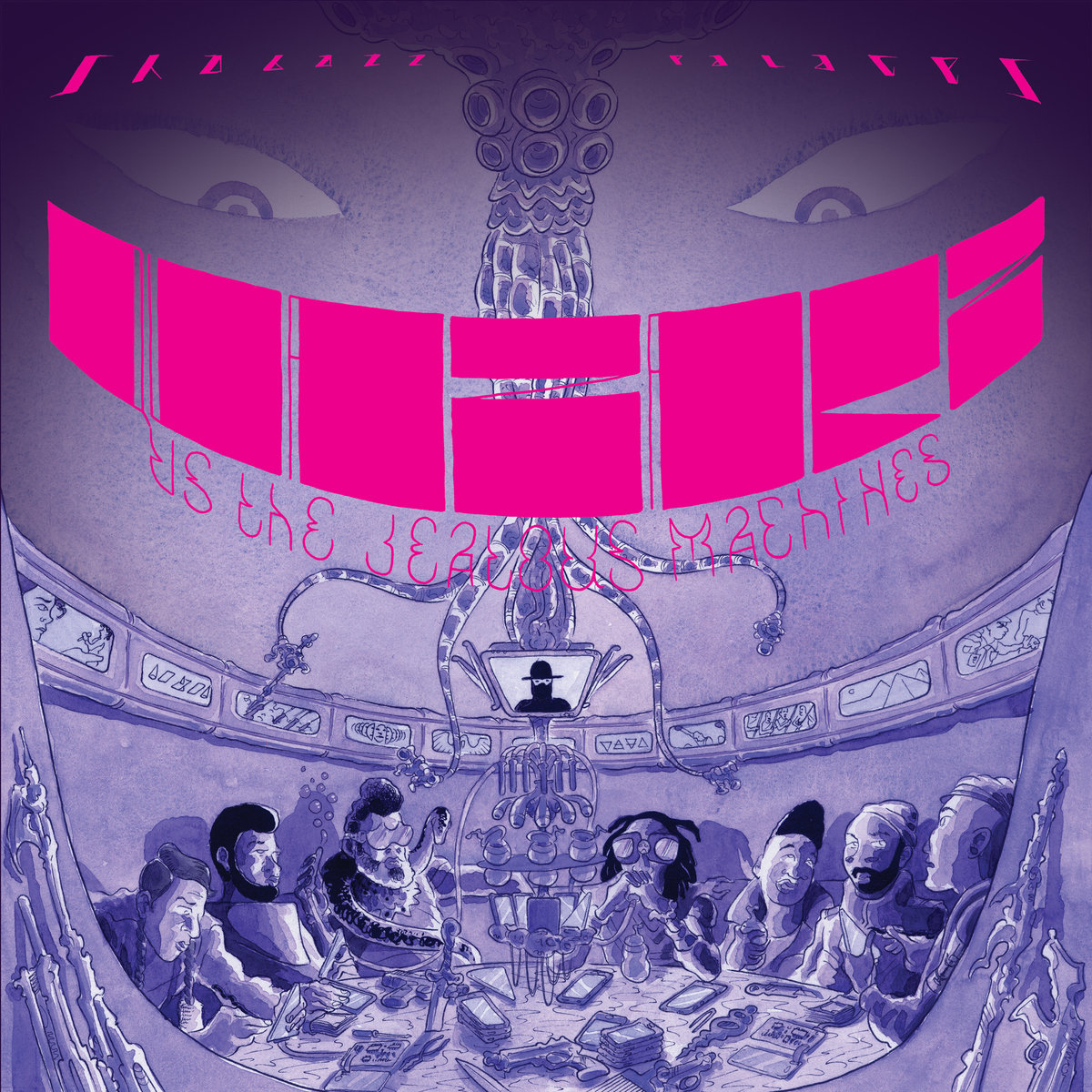 Quazarz vs. the Jealous Machines

On the second of two simultaneously released albums from Shabazz Palaces, they get a lot weirder and start to let the pop step into the background a lot more. While even more sonically intriguing this record may be a more demanding listen for this not as intimately in familiar with their quirky production.

Opening on a bubbly synth and bass loop, “Welcome to Quazarz” they move on a brooding groove, rapping with a free sense tone as they go. The ringing bells and creates a plodding push that does start to feel a tad repetitive by the end. “Gorgeous Sleeper Cell” gets dark and weird for its scary club tone, being just as moving as it is ominous. The addictive vocal hooks mixed to the steady beat make a powerful combo elevated by the production.

Through a heavy haze and airy percussion, “Self-Made Follownaire” comments on the false-celebrity of the internet age. The heavy overtones and all too real lyrics make the track one that hits hard on all fronts. “Atlaantis” floats along with a slow moving bass drive, as the viscerally descriptive lyrics paint a picture of their own. The slow groove and repetition works thanks to the vocals and ends up staying strong because it keeps things tight.

“Effeminence” filters vocals in and out as they shuffle on the tittering beat, all the while oozing the synths up and down the track. The sonics go all out on this track as each sound is crafted to its satisfying perfection. On a low-key drive “Julian’s Dream (ode to a band)” lets its bopping bass bounce along. The playful interchange between them and The Shogun Shot, mixed with the sonic bliss of the synths and breathing percussion make for a stellar sounding track that blooms intensely.

The creeping groove of “30 Clip Extension” provides the perfect base for them to dissect the dangerous fame of other rappers. Talking image, lyricism and offensive commercialisation the track is a great commentary elevated by the backing track to make it work. “Love In The Time of Kanye” moves on its plodding beat and goes almost overtly cheesy in its melodies. While the harmonies are fun, the tumble of the tracks core is fun while feeling all too accurate of a parody.

“Sabonim in the Saab on ’em” moves on a frantic sound of tribal drums, anxious strings and creepy synth. The result is a fear-inducing mood-piece that sounds sublime in its tone and delivery. Groaning on bass-laden vocal samples, “The SS Quintessence” mixes some eloquent lyrics on a spooky base.

Dreamy in its tone but abrasive in its vocals “Late Night Phone Calls” is a heavy slow-burning piece. Starting to twist into weird piano loops in its second half it takes on some Lynchian qualities as well. “Quazars on 23rd” takes a steady drone and throws one of the smoothest raps of the record on top of it, blending funny commentary and Game Of Thrones references in equal parts.