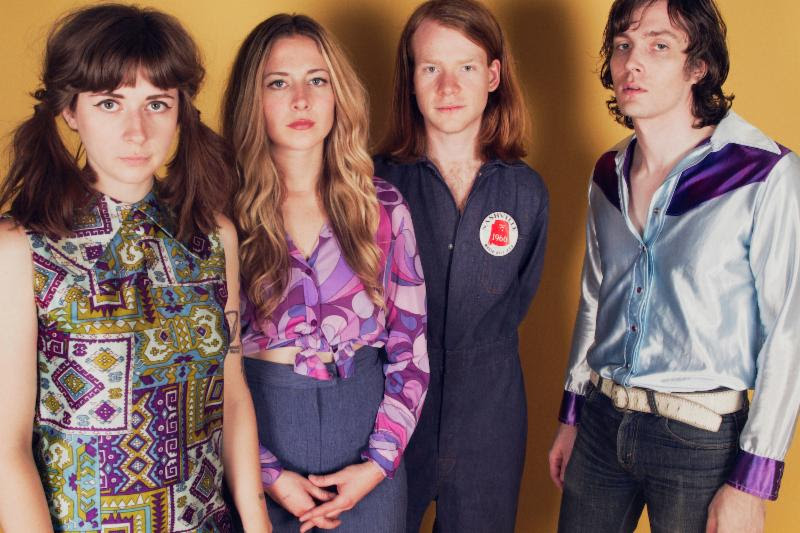 Savoy Motel are sharing their second single off their debut, forthcoming full-length out October 21st via What’s Your Rupture? “Sorry People” which premiered recently, is “a song based on the late Jay Reatard’s skewed philosophy of never apologizing for anything, even though I remember him telling me he was sorry about countless crazy things in the past” explains bassist / vocalist Jeffrey Novak.

The band have described themselves as an intensely orchestrated and unique hybrid of glam rock, boogie, soul, power-pop, garage, punk, dance music. Between the four members (Jeffrey Novak, Jessica McFarland, Mimi Galbierz and Dillon Watson) they’ve previously played in hometown staples like Cheap Time, Heavy Cream and Rat Traps. Savoy Motel hit the road this fall with The Dandy Warhols in support of Savoy Motel – full list of dates below.

Savoy’s whole package opens up their horizons, and yours, to a sound made by four friends tired of witnessing music eat its own tail; with unclouded judgment, creative refinements, and peerless technique, they grab that tail and stick it into a wall socket, putting the cap back on 15+ years of rock revivalism and strident genre adherence.

“We use rock and roll as a vehicle to reach and promote the feeling of TOTAL FREEDOM,” claims Watson. “Savoy Motel is defined more by a feeling than a sound. I hear this feeling in other acts too … Miles Davis, Little Richard, the Osborne Brothers, Faust, The Rolling Stones, all the best ones. And the diversity of records I knew TOTAL FREEDOM from was also encouraging to me early on in regards to the band, because it made me realize what potential and widespread appeal our music could have.”