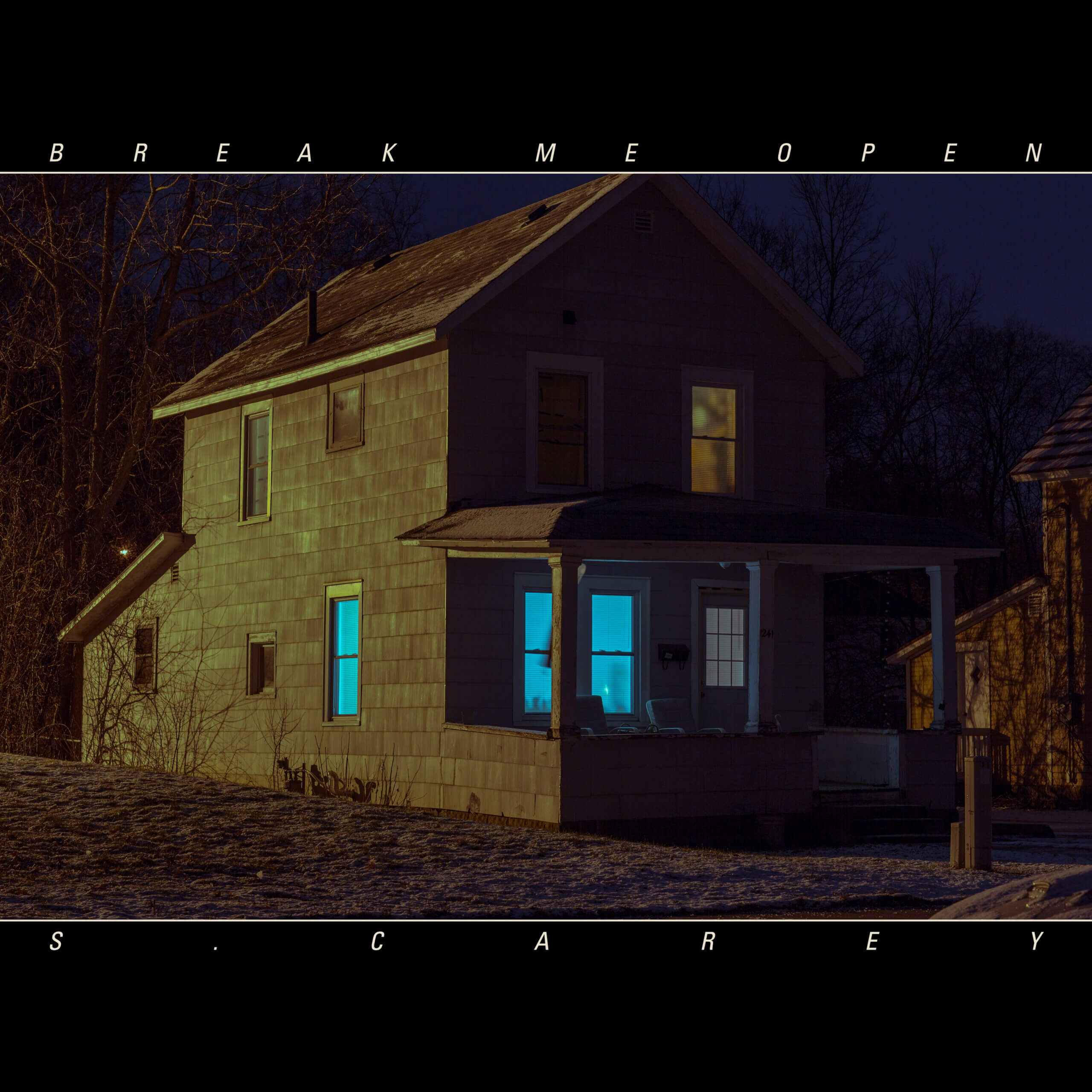 S. Carey, the moniker of one Sean Carey, best known as the backup vocalist and drummer for Bon Iver, has been making painterly cinematic music scores for a bit over a decade—his first release being All We Grow in 2010. His style always seems to shift between albums, but can always loosely be categorized in the alternative indie genre.

His latest effort, Break me Open, once again sounds like the backdrop for some kind of Swedish crime drama like Bron/Broen (The Bridge). His music would play during the big reveal or montage depicting the little intricacies of mystery that run amok in the show and it’s because his music is so visual and expansive—sometimes meditative and opaquely darkened.

His recurring falsetto, which could be compared to someone like Sufjan Stevens (who he has collaborated with in the past) have so much depth, to the accompanying music featuring strings, synths, light guitars, and staccato piano.

If there’s one thing S. Carey knows, it’s how to create atmosphere. It’s all about the ebb and flow and brief sonic introductions with him. Kind of like Steve Reich. Though there are in fact vocals, ones of melancholy and heartbreak, his music usually feels like a classical movement.

The opener of Break Me Open, “Dark,” sets the mood, one of longing and loss, perhaps inspired by Carey’s failed marriage, but is just vague enough to be about the obscure darkness we all sometimes feel for no apparent reason. “Sunshower” acts as a supporter with its minor-keyed piano and looping guitar work. The outro in this one is gorgeous, definitely a high moment on the album.

“Desolate” pulls out all of S. Carey’s recurrent themes; the soft piano, all-encompassing vocals, light percussion, and random little blips that sound like decaying VHS tapes. This track is haunting, touching on the confusion and paranoia that comes with being alone.

“Paralyzed,” continues this thread but with a more soft indie rock setting, which at first seems off-putting, but makes sense in the end. The sparse use of autotune is in fact a bit off-putting, and while it does add to the cinematic quality, it’s not really needed. Of course, Carey probably had a good reason for keeping it in. He uses it again on the next track “Where I Was,” which makes it the weakest song on the album. Acoustic guitar and autotune sometimes just don’t work.

No matter, because the title track goes back to the S. Carey formula. Break Me Open is a great introduction to S. Carey for new listeners but also has enough staying power for fans of his earlier work like “Brassy Sun.”