London’s Half Loon have released a video for their new single ‘Ruth’. The clip, which was directed by Mónica González Carter, takes the viewer on a personal insight into Ruth’s conscience in which we see two sides of her world being set against each other.

“The music video for ‘Ruth’ explores the lead singer’s conscious and subconscious mind and alter ego. The split screen divides and unites these two worlds and gives the viewer a choice of which side to look at – on one side Ruth is being created, and on the other destroyed. Everything ends as it begins.”

Half Loon is the project of Daniel Alexander Pickard who fled to London from his Midlands hometown to “indulge in all who surprise”, and find comfort in the restless capital where he could write. Pickard made his way into the big city with a student loan and it wasn’t until his final year of a BA Honours Degree that he turned his back and walked out of the “tediously rigid” education system following the tragic death of a best friend.

Pickard performed solely for a few years among the singer-songwriter community before finding bass player Simeon Cunningham on answering his friend’s telephone to Daniel’s call.The intense friendship of the two led them to discover guitarist Nicholas D’Amico, and Half Loon were born. The “Half” and admiration of Morrissey’s enunciation of it in The Smiths opener ‘Reel Around the Fountain’.

Pickard then began writing with a debut album in mind and the band commenced demo’s for lots of new songs where Pickard notes that with these, David Bowie’s ‘Aladdin Sane’ and Suicide’s 1980 album ‘Suicide: Alan Vega and Martin Rev’, it had “unlocked a door” in his mind to “where the debut album had hatched”.

Half Loon are set to release their debut album in 2017 which was recorded with Stranger Thing’s Charlie Heaton on the drums. 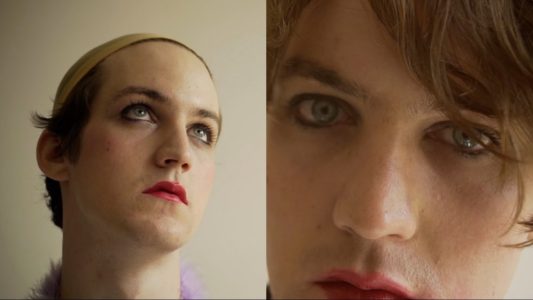