Last week, Rhye shared the visual to Blood album B-side “Hymn.” Co-directed and produced by Rhye’s Michael Milosh and frequent creative partner Genevieve Medow Jenkins, a nameless woman walks amongst rocky coves and mountainous cliffs of Big Sur and its neighboring tranquil forest and waterfalls. The “Hymn” visual echoes the cinematic feeling of the song and provides visceral atmosphere to Milosh’s hauntingly ethereal voice. Rhye starts the next leg of their tour in Dallas, Texas on October 8th. Other tour highlights include dates at the Clockenflap Festival in Hong Kong, and Modern Sky Lab in Shanghai, China, during the month of November.

About Rhye:
Rhye’s music is described as a mosaic of emotive piano keys, physical percussion, buzzing analog synths, and expansive vocals, Rhye find humanity in musicality. Driven by this approach, the group quietly transformed into a phenomenon with the arrival of their 2013 debut, Woman. Along the way, Rhye have played theatres around the globe between and sets at Coachella, Pitchfork, as well as a concert in Denmark accompanied by a 49-piece all-girls choir. As the band began writing in 2016, their live show indelibly impacted their second full-length album in 2017. 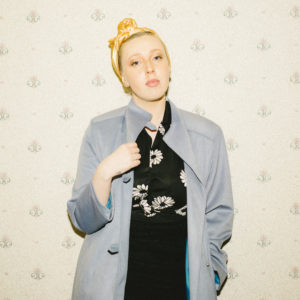