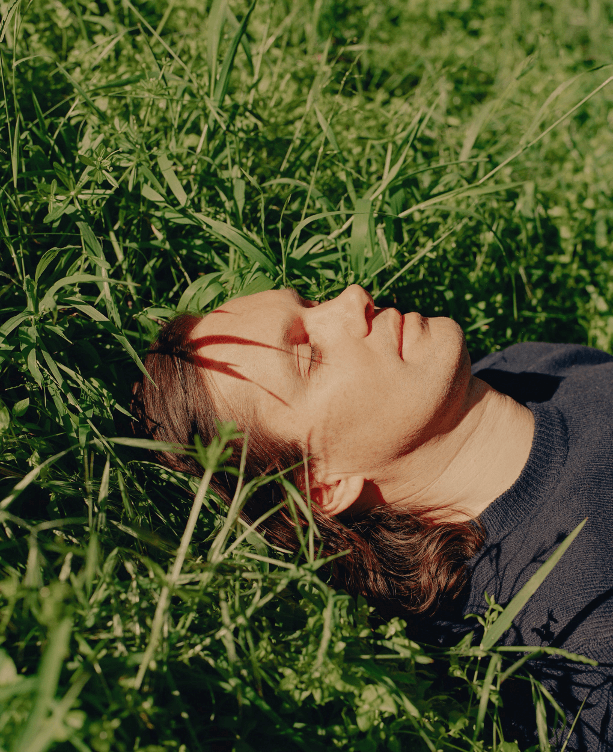 If there was any silver lining to come out of this last year, one could’ve been the singular opportunity for some people to get out of their regular routines and have the ability to stop and figure out what they’ve been doing with their time. The world’s constant hustle was diminished, at least for a few moments, and the chance to figure out what is important in our lives was made clearer without our regular distractions.

If there was any silver lining to come out of this last year, one could’ve been the singular opportunity for some people to get out of their regular routines and have the ability to stop and figure out what they’ve been doing with their time. The world’s constant hustle was diminished, at least for a few moments, and the chance to figure out what is important in our lives was made clearer without our regular distractions. Michael Milosh aka Rhye was one person that had been constantly on the move a lot of his life. Born in Toronto but after his debut album, Woman, took off he found himself spending most of his time on the road, playing up to one hundred shows a year. In between playing gigs Milosh would decamp in such places all over the world like Montreal, Los Angeles, Thailand and Germany, looking for inspiration before going right back out on tour.

It was a couple years ago, after Milosh met his now partner, that the idea of having a home base, an actual home, was something that started to appeal to him. Finding the perfect spot in Topanga, cradled by the Santa Monica Mountains, Milosh and his partner Genevieve set up their new home. It was here that Milosh began the process of following up his wonderful 2018 album Blood and the outcome, aptly titled Home, is one of the best records to come out early this year. The album excludes a quiet calm, that is immediately soothing and is balanced with Rhye’s very intentional attention to detail.

“Everything that happens in life is influencing you,” Milosh explains about the process that brought him to the creation of the record. “Playing live has informed how I want to record music. When I made my EP Spirit, it was a reaction to touring too much and needing to have quiet and something soothing. This record is kind of a combination of me dreaming about touring again and the want to naturally make a more upbeat album.” As soothing as Home may be, it also has its fair share of bops. Milosh spent his time during the pandemic lockdowns working on the tracks in his home studio. “I hadn’t finished writing the album before lockdowns happened. I had about 50% of the record to still finish after the pandemic hit. Luckily, the first two songs I did on the record, “Intro” and “Outro” were finished before everything happened.”

It was fortunate that these songs were already done because they feature The Danish National Girls Choir, who Rhye performed with in Denmark in 2017. When the Choir came to Los Angeles to perform a concert, he jumped at the opportunity to book an extra day in the studio with them. These two tracks bookend the album, and it was Milosh’s idea for them to act as a palate cleanser. “I wanted it to be a bit of a doorway into this world. Something you step through into the album.” This kind of intention is something that Milosh thinks a lot about when composing and recording his albums. “The way I look at music is kind of like I turn off the frontal part of my mind and it becomes something much more subconscious. In my mind I feel the pattern of the whole track. Not like I visualize how the whole song is going to sound before I record it.” A self professed ‘gearhead’, he says, “There is experimentation and it’s mostly in the tones I find. Recording at home, and also recording at Revival at The Complex in Los Angeles, I was able to play with sounds. Playing with different compressors and having that gear imbue the sounds I was making, especially the drums. I ended up playing the drums on most of the record. I have this really beautiful 1950’s Ludwig kit and the way I start a beat, the tones of these drums influence the path the song is gonna take and the rest of what I end up doing honours that. There were also limitations that created something more special,” he explains of working from his home studio during the pandemic. “I can liken it to the days when you are completely broke and scrounging to buy a microphone to sing into. You can get really inventive when you don’t have the full resources to do it but all the energy is coming and it feels right. It has to feel good.”

The pandemic also allowed Milosh to revisit some songs that he initially had shelved. “Somewhere in the process I was able to re envision some of the parts I had for the songs and I was finding that I was starting to understand songs that eluded me before. It was especially serendipitous lyrically. With everything that was going on it changed the way I looked at the lyrics and I wanted to call in a better world to these tracks.” This kind of positivity is just part of Milosh’s overarching process. This positivity is something that Milosh tries to intentionally work into all the projects he creates. “Wholesome may not be the right word, maybe vanilla,” he says with a chuckle. “I also don’t have guilt and don’t think that sexuality is a negative thing. I want to make music about being human and feeling joy in hugging and making love and going on adventures. Positivity!”

During lockdown, Milosh has been positively busy working on numerous projects. There is another album he recorded, and Genevieve and himself did all the album’s artwork and music videos as well as the work they do with Secular Sabbath, which is the ambient music collective that Genevieve founded. With all of these things going on, you would think that Milosh is the type of person that is always trying to stay busy. “It’s not about staying busy,” he explains of his workload, “but staying creative. Being a creative person is something I really require for mental stability.” While we are all still struggling these days, hoping that we can come out of the current state of the world relatively unscathed, it’s nice to have Rhye’s Home available to soothe with the intentional positivity he has placed within it.