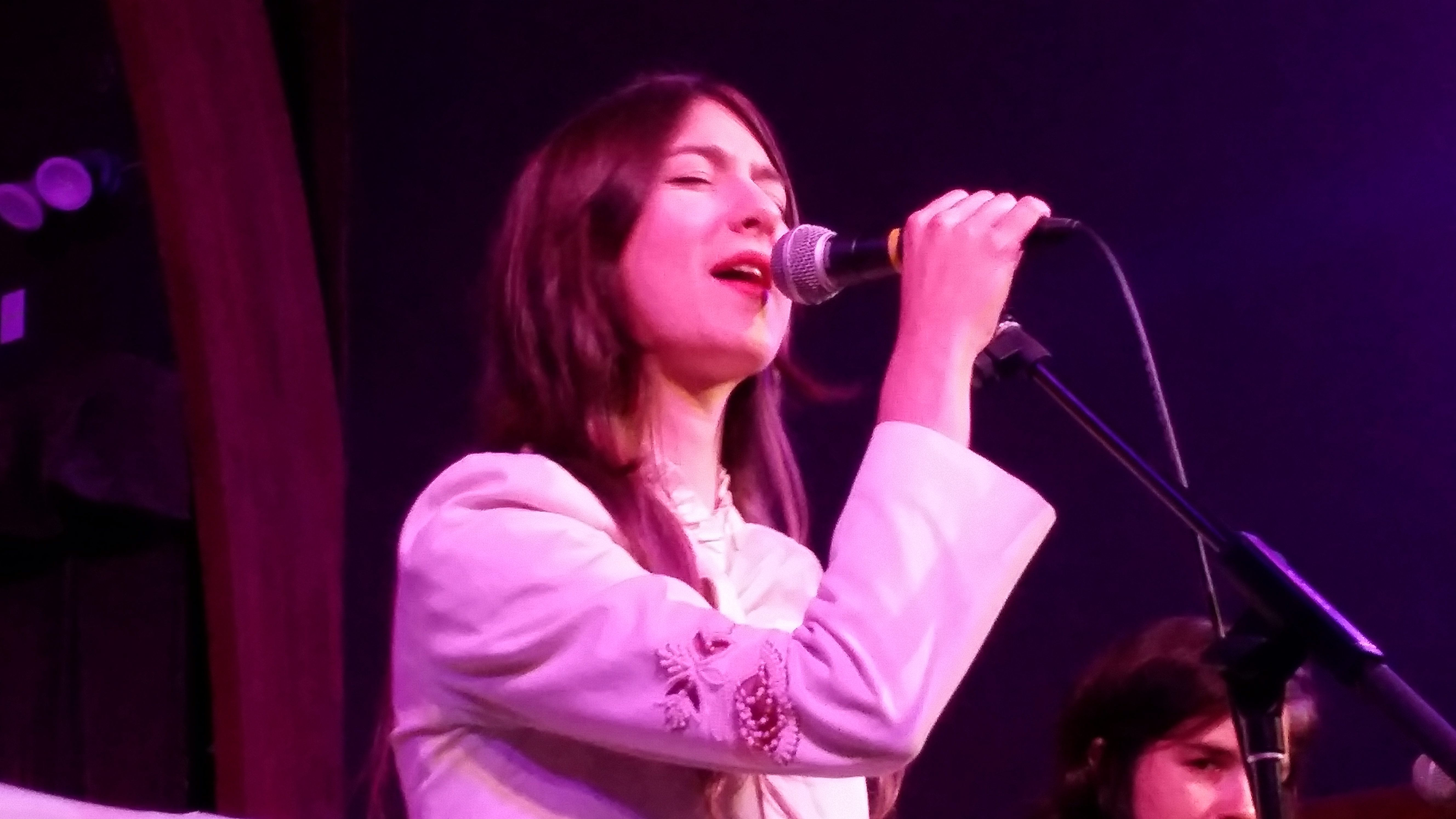 Stirring yet serene. Joyous yet plaintive. Ethereal yet earthy. Optimistic yet doom-laden. Soft-spoken yet golden-voiced. Natalie Mering, aka Weyes Blood, is a bundle of contradictions, a spirit of balance. She demonstrated as much when she graced Vancouver with a powerful all- ages performance at St. James Hall last night.

Before Weyes Blood, Jackie Cohen took the stage. On Record, Cohen wields folky, full-band pop-rock. Last night, though, she brought only an electric guitar and Kevin Basko on acoustic guitar. Their chemistry was undeniable as they playfully strummed and smiled through an eight- song set. He hit vocal highs while she kept her voice, which fluctuated between sweet and barbed, more grounded. In her sweetest moments, like on “Caught in a Feeling” and “Yesterday’s Problem,” she half-laughed.

Backed by a chorus of cricket sounds, Weyes Blood and her four-piece band opened with the dreamy, sparkling “A Lot’s Gonna Change.” Immediately, the 227-capacity church proved to have been the perfect venue for them. Her voice flooded the intimate room like a divine light. The band sounded clear and robust.

Her voice is a shining beacon that breaks through the melancholic fog that shrouds her poppy arrangements. But another one of the ensemble’s best highlights was the lead guitarist. His nuanced handiwork shined, especially when he employed slide on a song like “Something to Believe” and he delicately, but sharply, finger-picked through “Andromeda.”

Weyes Blood delved into deep cuts including “Wild Time” and “Seven Words.” The latter was particularly moving, with tambourine and sustained keyboards, but she outdid herself on the next one, the mostly acoustic and slide number “Picture Me Better.” “This song feels most appropriate for this space because it’s sacred,” she whispered.

Weyes Blood loosened up with a cover of the Beach Boys’ “God Only Knows.” Here, a dawdling keyboard line and finger-snaps gave way to her usual melancholic pop. But the band was loose before. Earlier, Mering & co. jaunted through “Everyday.” And during “Movies,” they cued up a filtered light that projected aqua green scales over her. “I’m underwater,” she said with a smirk while swaying her body and arms like a mermaid. “Movies” did get heavy, though; the drum-hits fell like anchors plunged into the ocean. She got so mockingly worked up, she flung her white suit jacket to the floor with affected aggression. (She put it back on immediately after the song.)

For the encore, the band regrouped for “Generation Why.” But the finale was Mering’s alone. Onstage by herself, with only an acoustic guitar, she dredged up another oldie, “Bad Magic.” Thus concluded a reverent evening that sent fans home more enlightened than when they arrived.