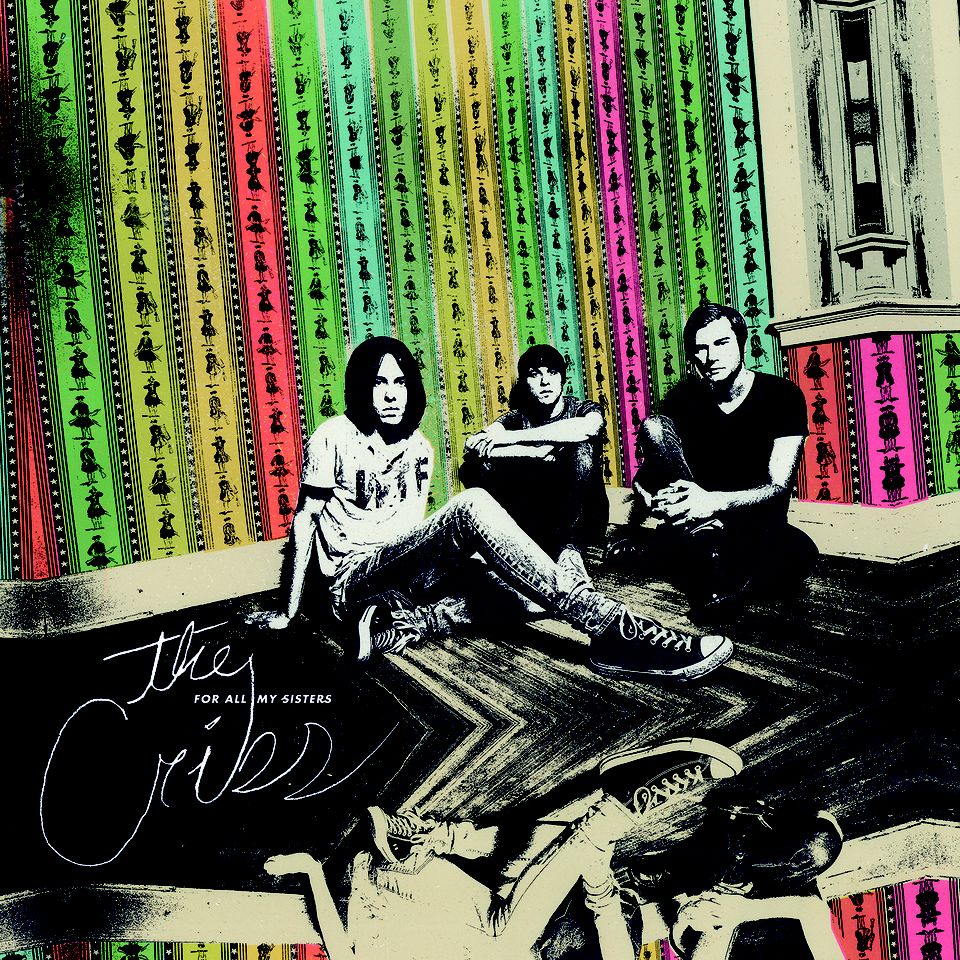 For All My Sisters

First Taylor Swift did it with her latest album ‘1989’, then the unthinkable has happened – The Cribs have gone pop! Not that they’ll be rubbing shoulders with Swifty anytime soon, the brothers Jarman have channelled their poppier personas on their sixth LP ‘For All My Sisters’. Intriguingly, Ric Ocasek, formerly of The Cars and knob-twiddler for the likes of Weezer has been enlisted on production duties and it’s River Cuomo’s outfit that sticks out as a key influence; the inclusion of honeycombed vocal ‘ooo’s and a shinier studio brush up means the Wakefield posse’s follow up to 2012’s ‘In The Belly Of A Brazen Bull’ has a certain ‘Buddy Holly’esque vibe to it.

‘For All My Sisters’ inhabits a badland somewhere between ‘In The Belly…’’ and 2009’s ‘Ignore The Ignorant’. The accessible slant provided by Johnny Marr’s jangle on ‘Ignore The Ignorant’ is the closest The Cribs have been to a pop band while still maintaining an indie-punk dishevelled nature, whereas ’In The Belly…’ is untamed and acerbic. The Cribs have found a midway point between sounding like they’ve been recording in a rusty tin shed and appearing almost, pristine.

So, that Weezer influence! Yeah – it’s prominent but not in the way of pastiche; ‘Ivory Hand’ is the closest to The Jarman’s re-enacting Happy Days but with some added scuzz, a sugary sheen is daubed across ‘A Different Angle’ with some serious pop laced guitars that eventually develop into a huge, gnawing midsection and opening gambit ‘Finally Free’, although jarring, carries a melodic bent. Old school fans of The Cribs will still get their kicks from the likes of ‘Mr Wrong’ and ‘City Storms’, these have the whiff of a fine vintage from the Yorkshireman’s cannon. The latter is a visceral mesh of swirling guitars and panel beaten drums, primed for festival season and the former goes full-on punk with band sounding like they’ve pawned their kit for a misfiring fleet of mopeds. There’s even room for a Cribs campfire song; brittle and exposed ‘Simple Story’ tempers the pop infused punk for a minute to allow this static lullaby to document a tale of failed love “it’s only my heart that’s bleeding/I’m howling at the moon hoping someone understands”.

The Cribs may have gone pop but there’s still an outsiders mentality at the heart of ‘For All My Sisters’. ‘Diamond Girl’ embraces an inner weirdo “we’ll never be as straight as they want us to be”, while the theme of bucking against the norm crops up on the impassioned ‘Summer of Chances’ “are you living this way because you have to?” and of course, what would a pop record be without tarnished love as heard on Mr Wrong “all along I was always Mr Wrong”. The Jarman’s have always been ones to rally against macho bullshit in favour for championing female performers and the riot grrl scene, with this typified on the closing title track “I’ll promise you this/I’ll try my best to be brave for you” as the album dissolves into a gentle crash of static.

In tandem to the band’s sixth LP, there’s a punk record that has Steve Albini at the helm waiting to be completed – the Mr Hyde to ‘For All My Sisters’ Dr Jekyll – but for the moment, like Swifty, The Cribs are embracing their melodic tendencies with sweet results.