No One Is Lost

Popular bands of the aughts have been having an easier time coasting into this decade more so than any other decade crossover. By 2000, alternative was played out and everyone was looking to dance again. In the 90s, synth pop and big tent hard rock had become passé. 1980 ushered in a hatred of disco and punk’s moment of mainstream success was going back underground for a harder, faster version of itself.

The music of 1984 and 1994 seem light years apart, but Star’s 2004 breakthrough Set Yourself On Fire still doesn’t feel that long ago, and their new recordNo One Is Lost, sounds like it could have feasibly been its follow up, rather than their seventh album. Set Yourself was a monumental release, and the group has been in its shadow ever since. In Our Bedroom After the War was a powerful (and in my opinion, better) record, but the vaguely dreary The Five Ghostsfound the group trying change things up without having the courage to really step out of their comfort zone. 2012’s The North made a good effort to set things right, but still wasn’t much of an event. On No One Is Lost, the band continues moving uphill with a more refreshed sound that’s ready to take on the night again. There’s more magic to these songs than most anything on their last two records and it also features some of the most fun tracks they’ve made since “Reunion.”

The songs feel more purposeful. Opener “From the Night” is organic dance pop, and sets a rejuvenated tone for the record. “What Is to Be Done?” haunts and ascends in ways that nothing on The Five Ghosts succeeded in. “Turn It Up” is a light schoolyard ode (with children choir to boot) which turns into a magical, all-encompassing anthem. Even a lesser track like “Trap Door” shines through with a great sax solo. Much of this record is sweepingly beautiful, but never sounds like its trying too hard to communicate a unified vision, and it works better for not doing so. The EDM hook and mini-beat drop for the title track is ill-advised, but No One Is Lost as a whole gets the Stars legacy back on track. Whether it’s 2004 or 2014, their enthusiasm for love-loving indie pop refuses to tire, and its great to see their persistence leading them to an upturn in their output. 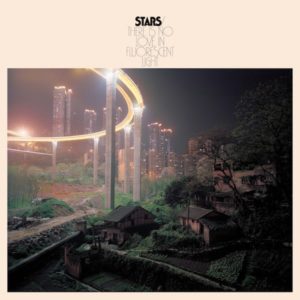