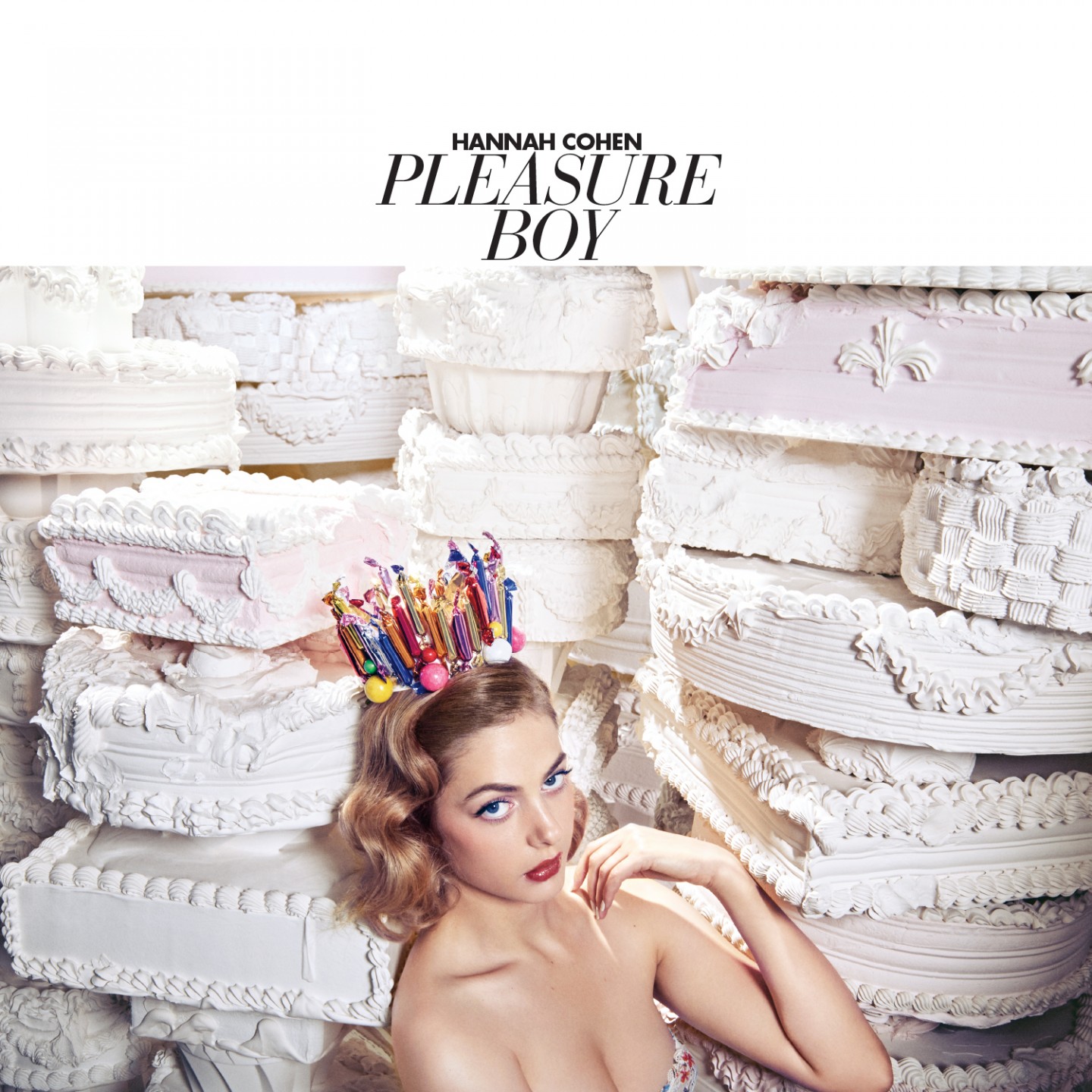 Singer/Songwriter/Model Hannah Cohen releases her second full length album Pleasure Boy on Bella Union March 30th. Following up on her 2012 debut Child Bride, Cohen has again teamed up with producer Thomas Bartlett A.K.A. Doveman, whose impressive résumé includes past projects with the likes of David Byrne, The National and Antony Hegarty. Bartlett/Doveman also lends his talents on the keys to Pleasure Boy’s ethereal landscape.

It becomes clear pretty early on that this is a “breakup record”. The lyrics are personal and laced with emotional honesty throughout. The careful orchestration, noticeably light on guitar, serves as a pleasant contrast to the obvious pain that inspired this record. “Tell me her name, tell me her name / was she worth it?” is the forlorn refrain of the album’s opener and first single “Keepsake”, a subversively catchy tune that accurately forecasts the feeling of the tracks to follow. “Lilacs” starts slows and seems lost until it finally coalesces into an otherwordly outro that slowly fades into silence.

“Watching You Fall” brings a more traditional arrangement to table with a straight drumbeat and lighter effects. The words seem to deal with the pity and near-satisfaction one often feels for a departed lover’s new life and the confusion their moving on can breed. “Fake It” channels a little anger and doles out a feeling of quiet revenge.

“Claremont” is sparse, delicate and gorgeous and forms an easy partnership with “Queen of Ice” which follows it. “Just Take the Rest” is like an old torch song that is pulled along by deep percussion. It sounds like she’s surrendering to something within, sadness or possibly even to happiness but with tongue firmly in cheek. The final track “Baby” really illustrates how expressive and pretty Hannah Cohen’s voice really is and the themes of the whole record seem to blend into one in this song, making it the perfect closer to a really personal and beautiful record.

Despite being only eight songs, the album feels full and quite long enough. Hearing someone bare their soul in such a way feels heavy but also like a privilege. There is almost a voyeuristic element that comes from it, like she has let us read her diary. It’s honest and genuine and if you’ve ever been hurt, you can’t help but empathize.